Bolivia is a country in South America with the highest capital city in the world at 4000 meters.

I made a 3-day tour with an off-road car from San Pedro de Atacama (Chile) to Bolivia. We drove on over 4000 meters over the high plateau (Altiplano) to Salar de Uyuni, the largest salt desert in the world. We were on the way at several colorful lagoons like a red lagoon with flamingos. Impressive were canyons with great views and a huge geyser field. 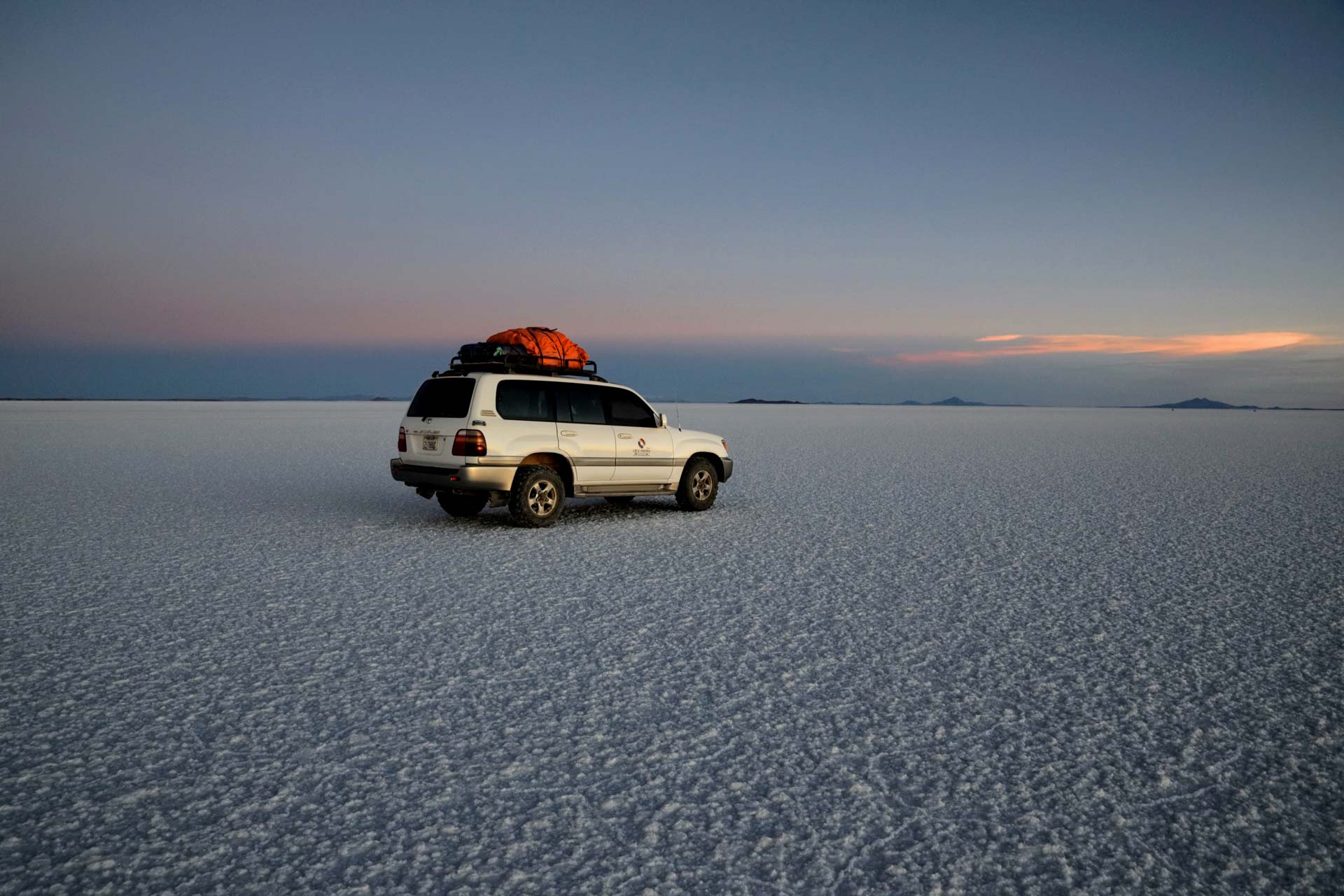 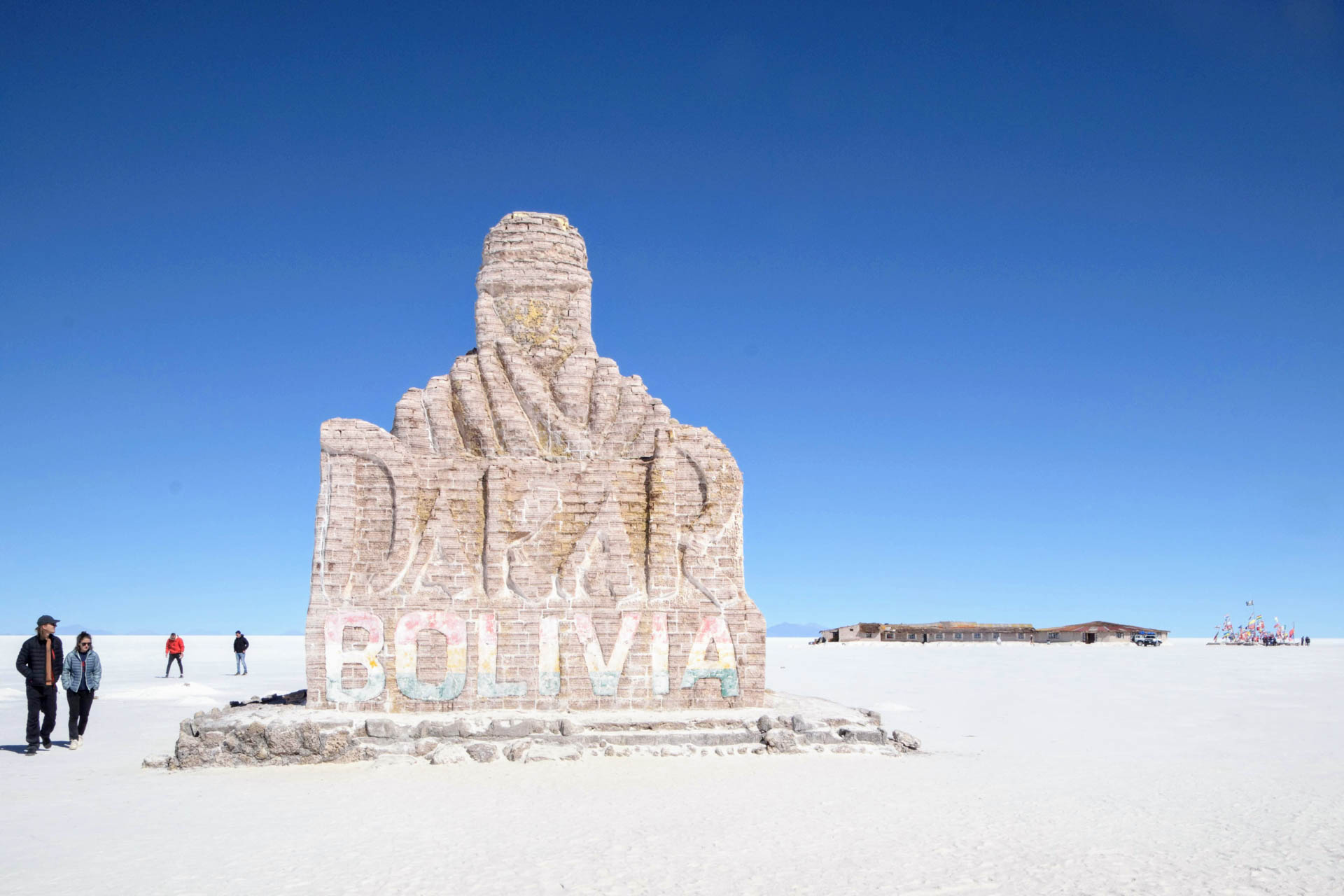 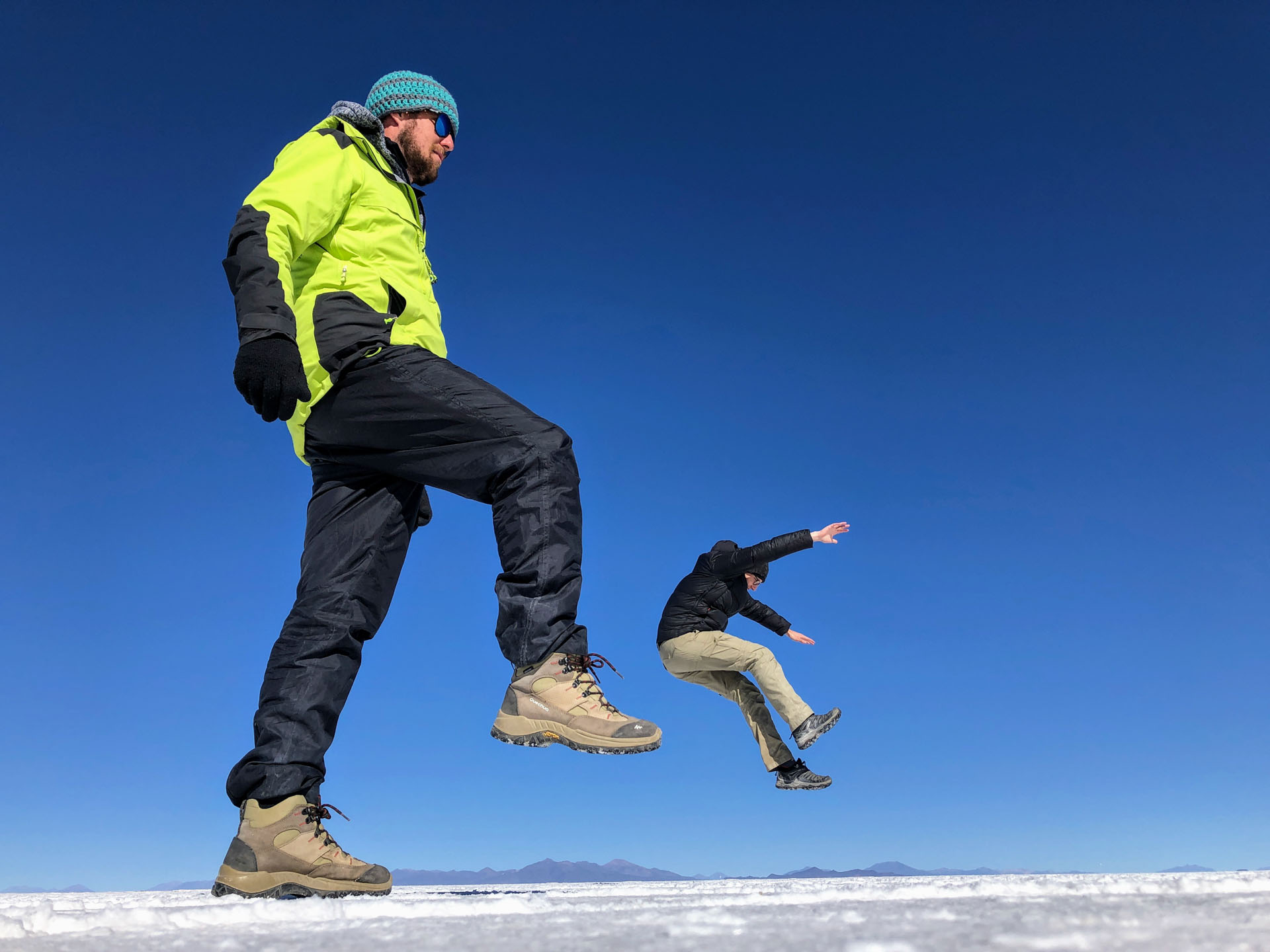 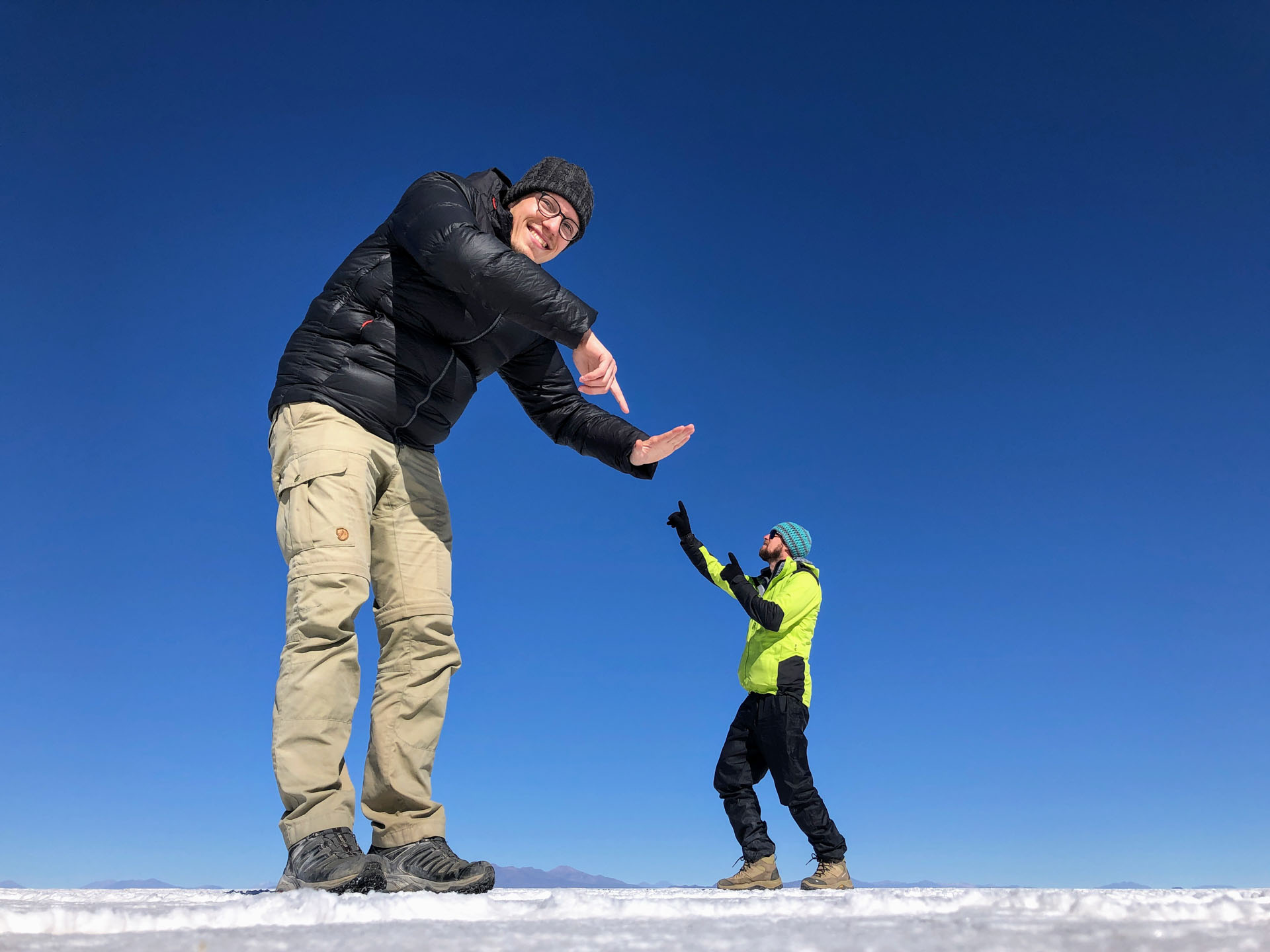 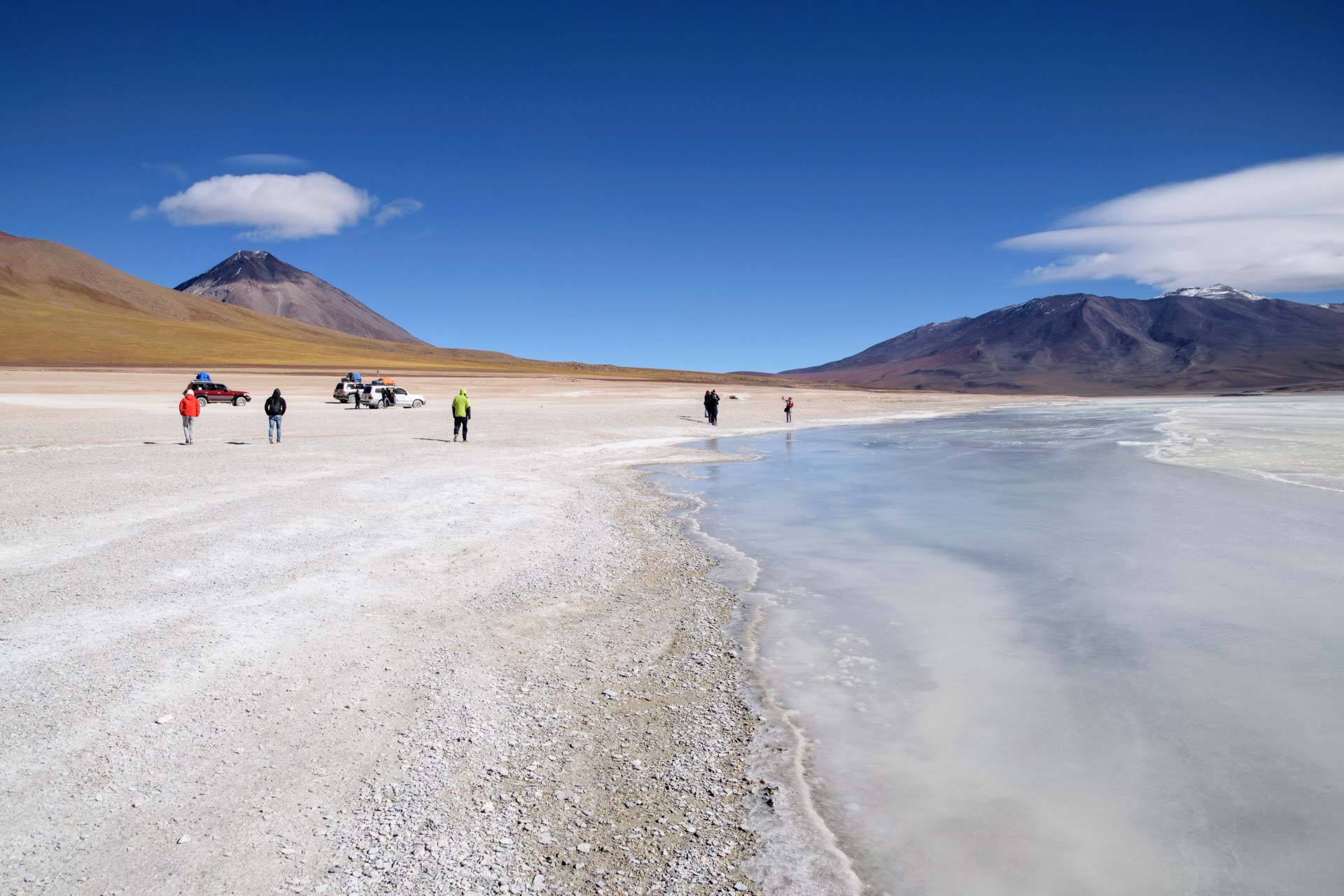 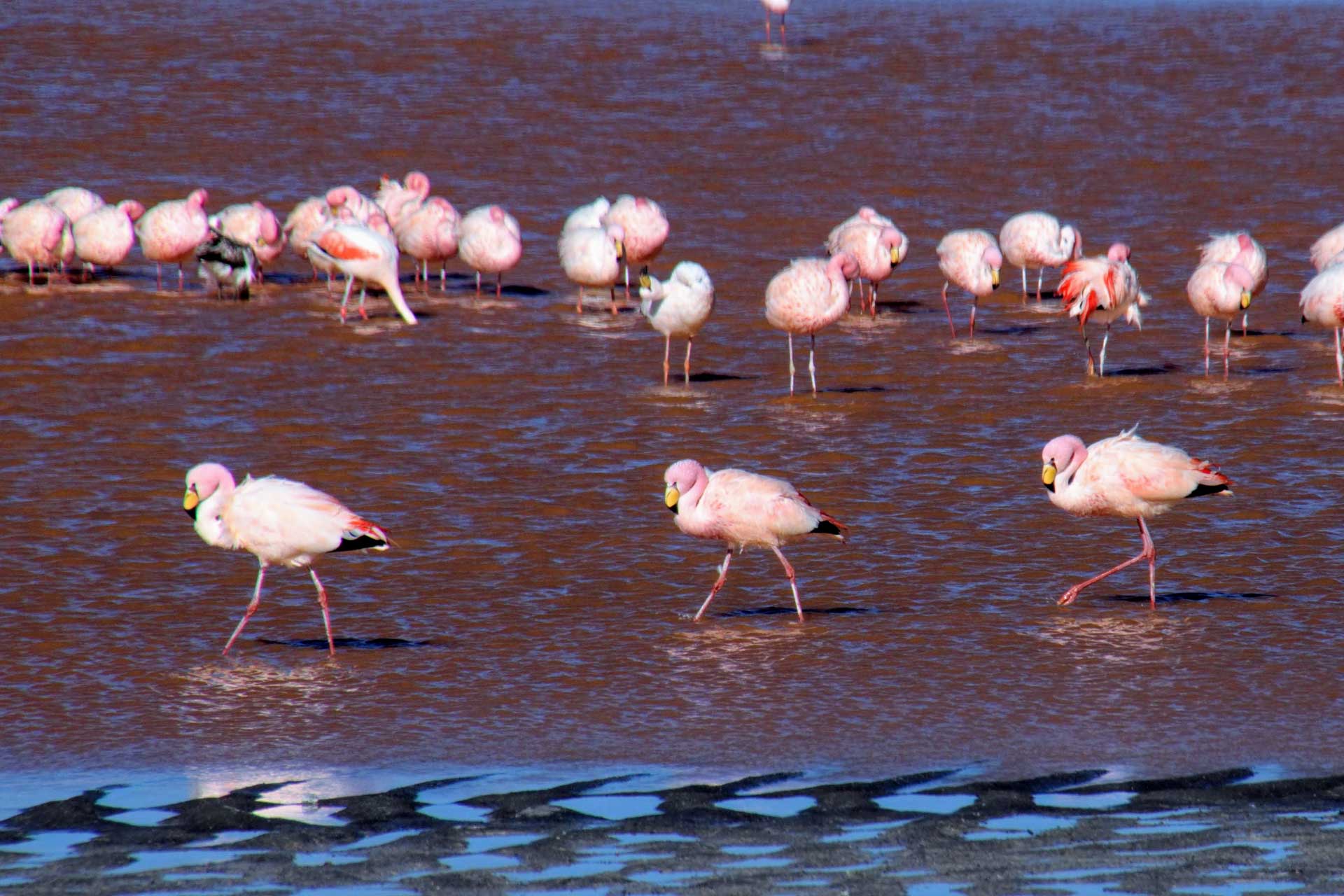 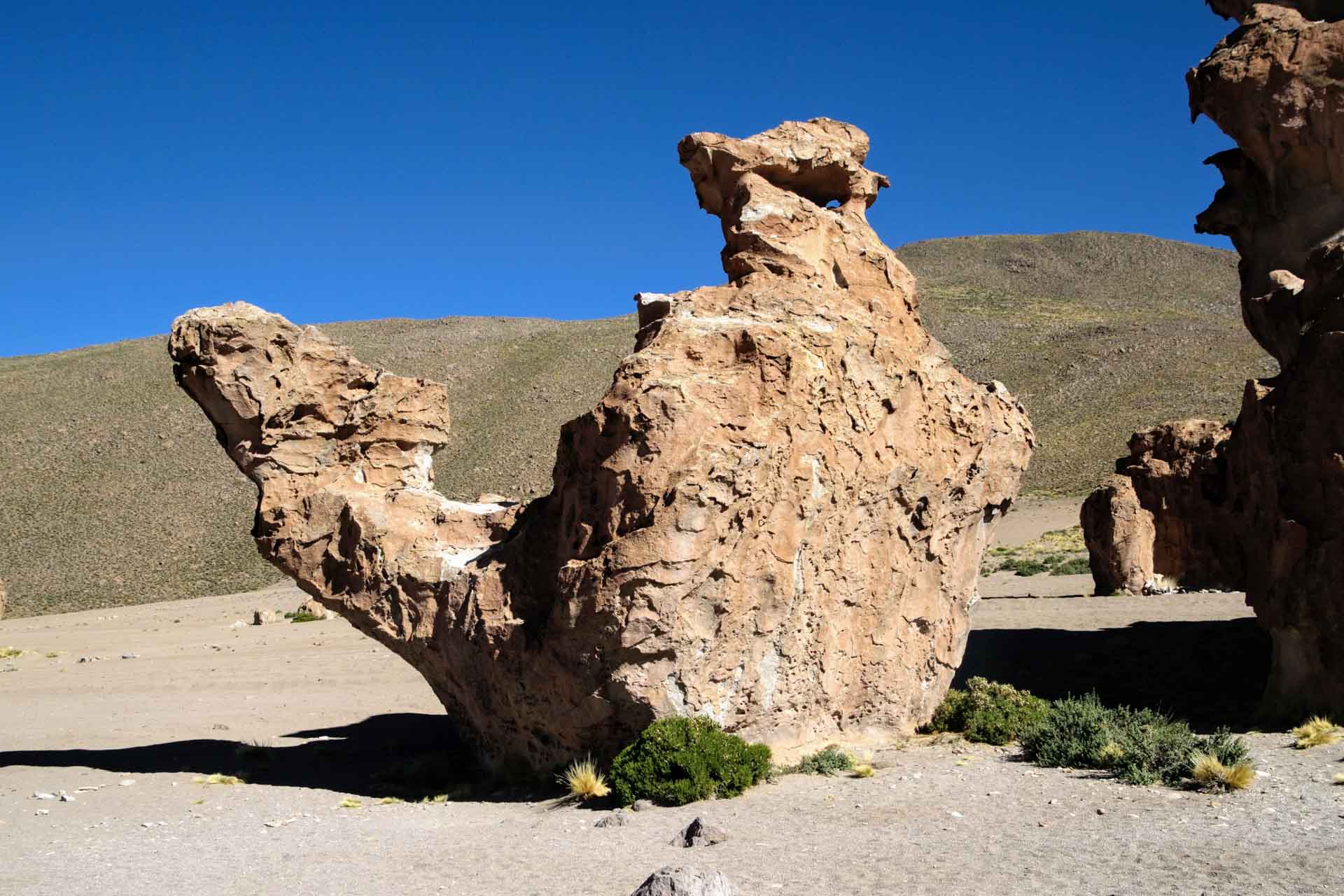 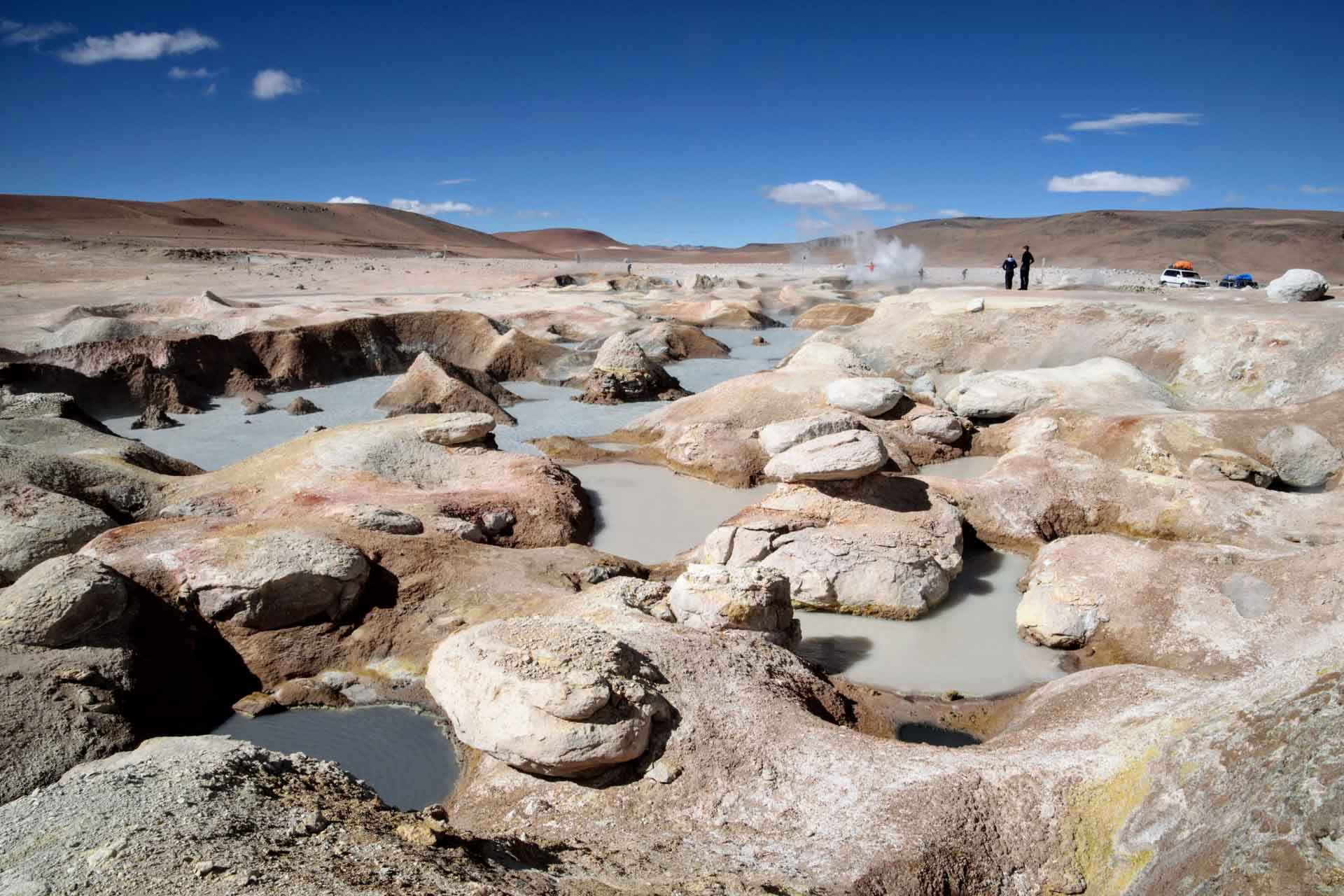 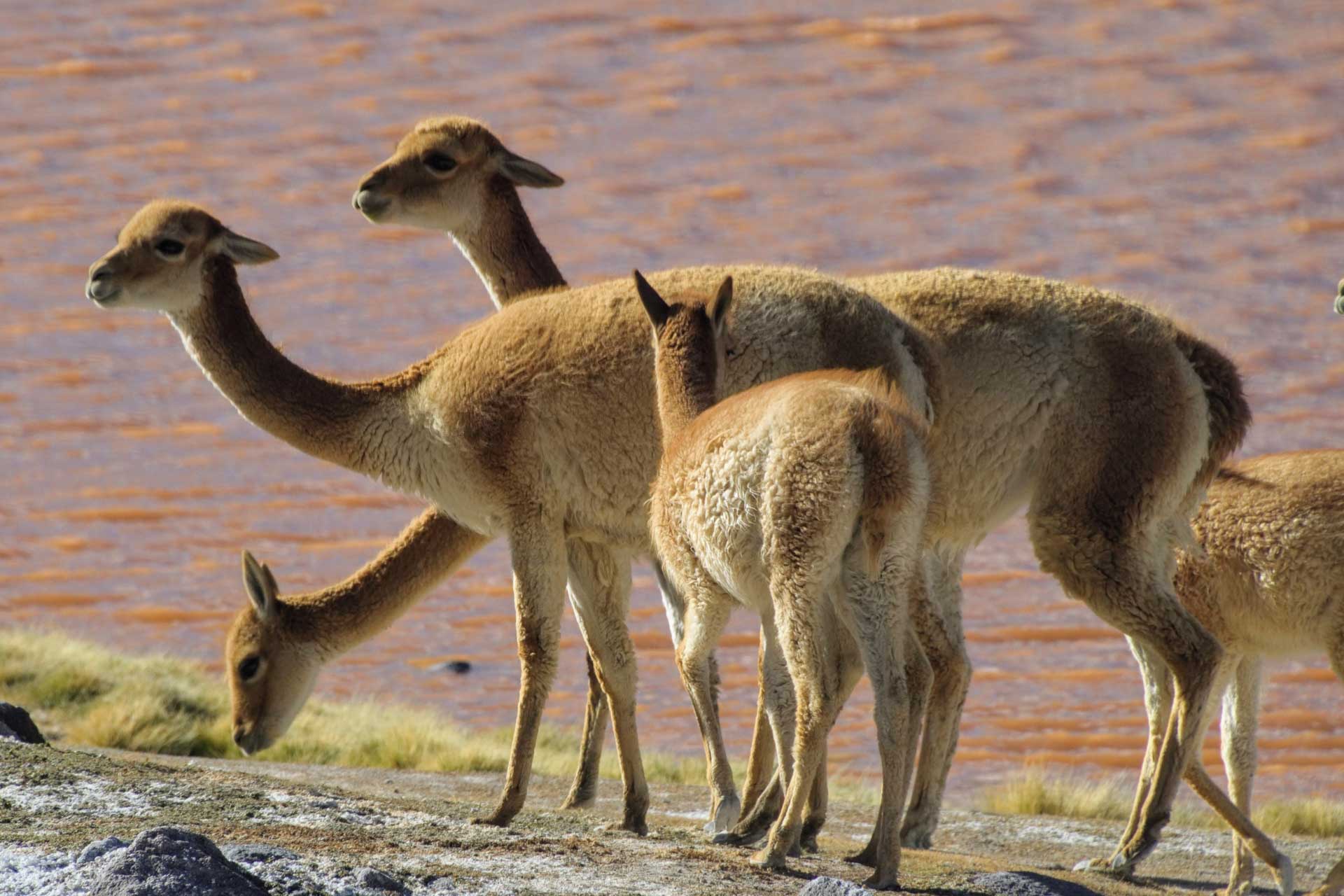 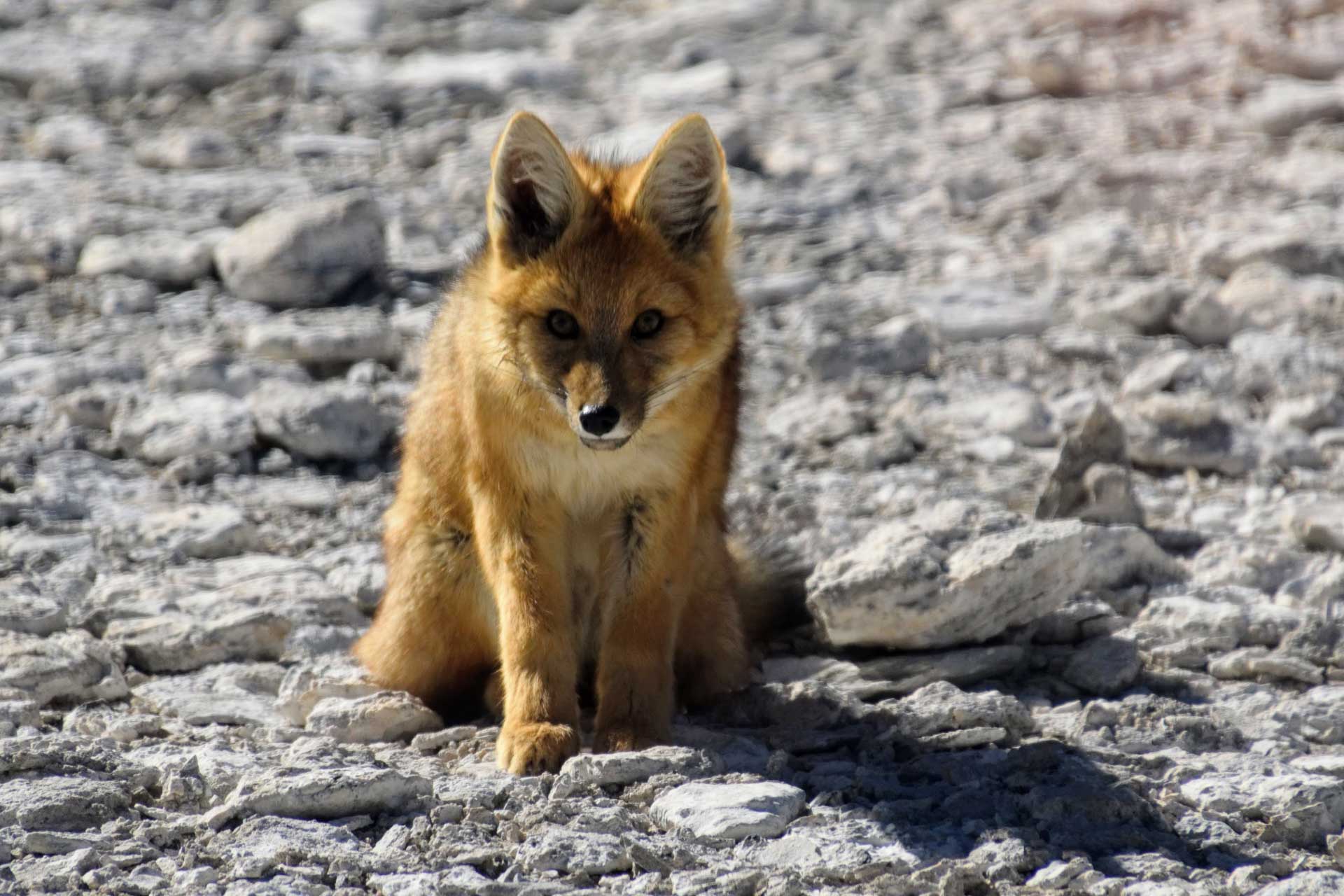 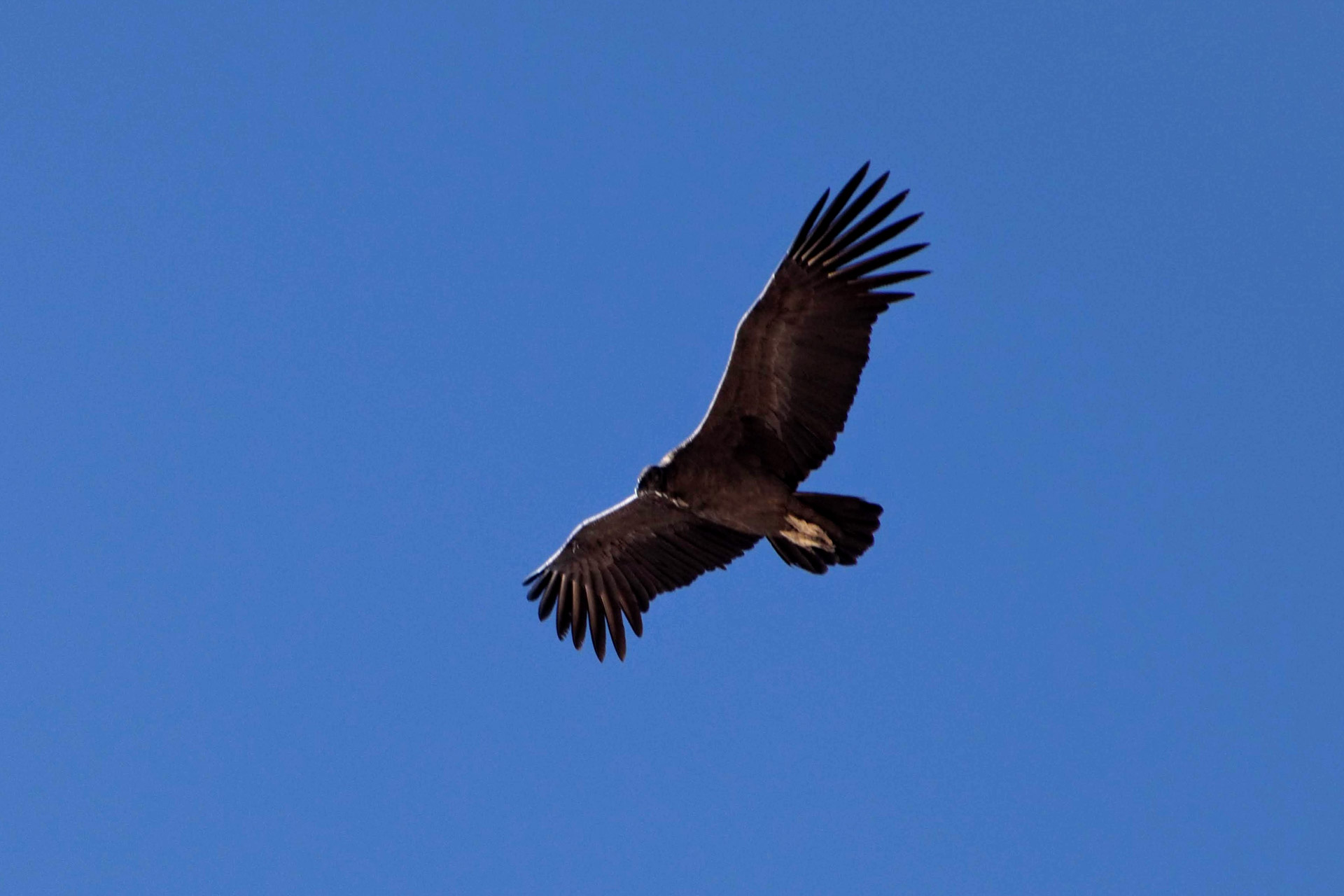 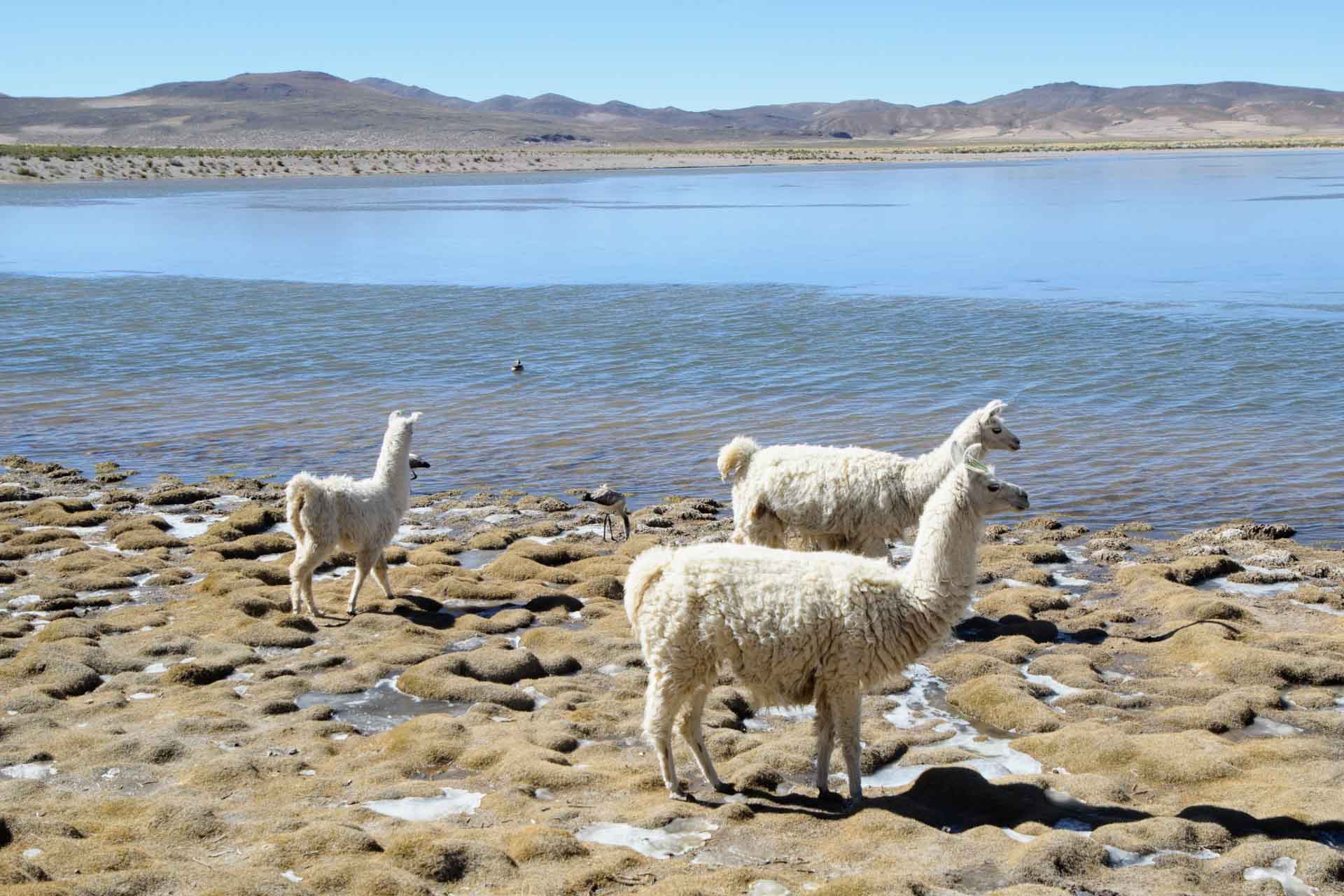 Potosi is a mining town and lies at over 4000 meters. During a mine tour, I experienced firsthand the conditions under which silver is still being recovered today. We crawled through the narrow corridors and deeper into the mountain over ladders. A unique opportunity, that can be dangerous with thin and dusty air. The tour was done by a former miner and I felt okay. It became clear to me how important recycling is. 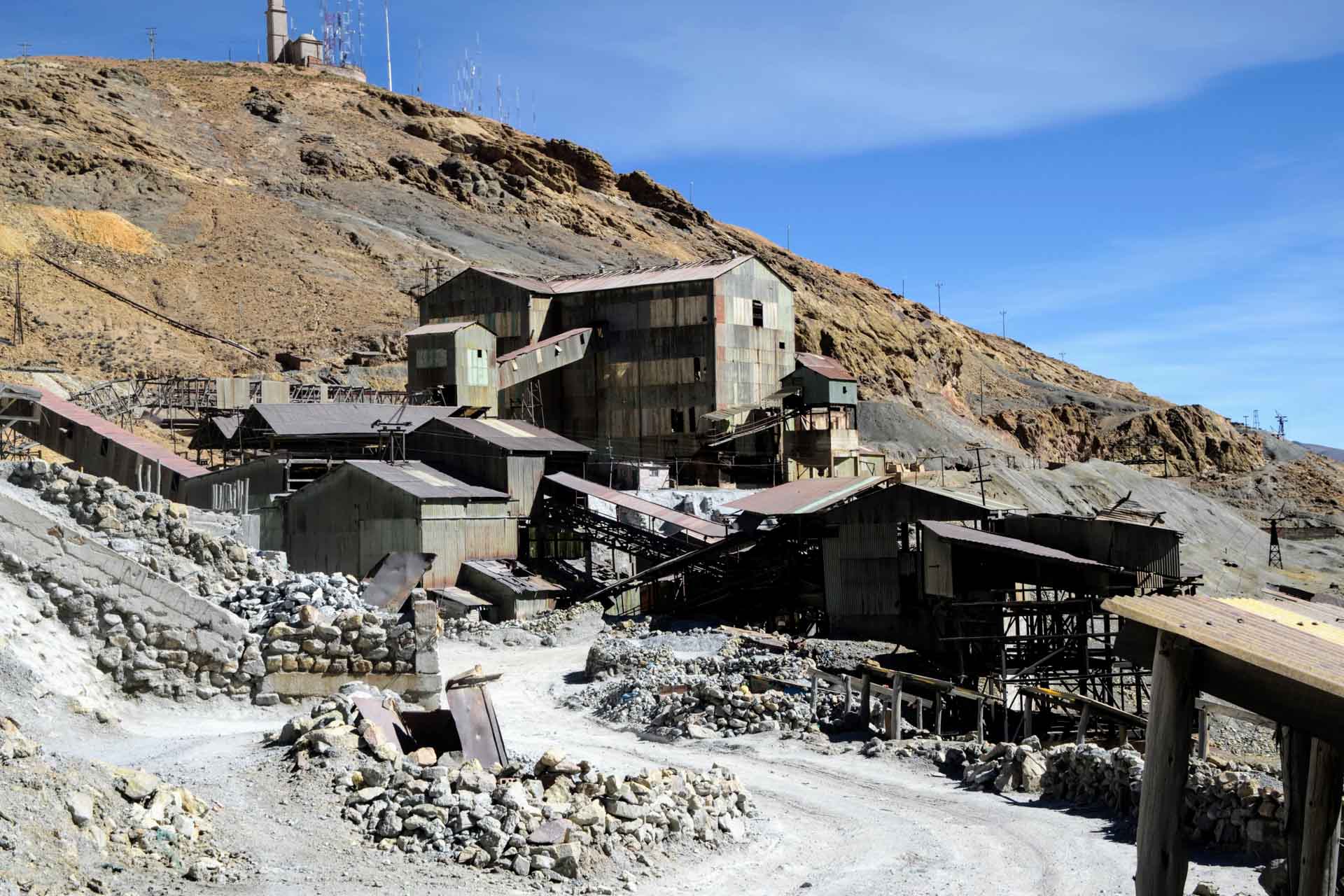 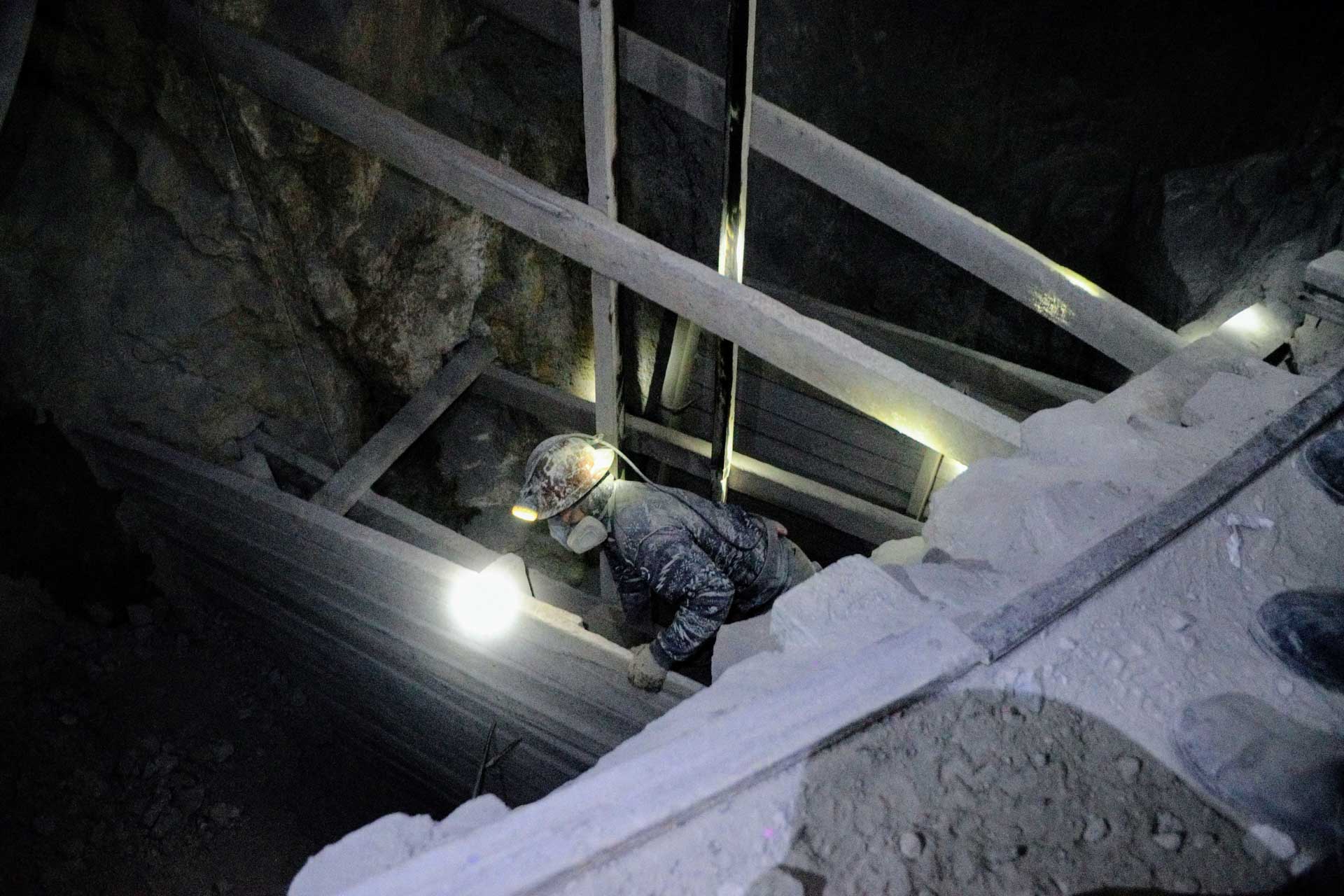 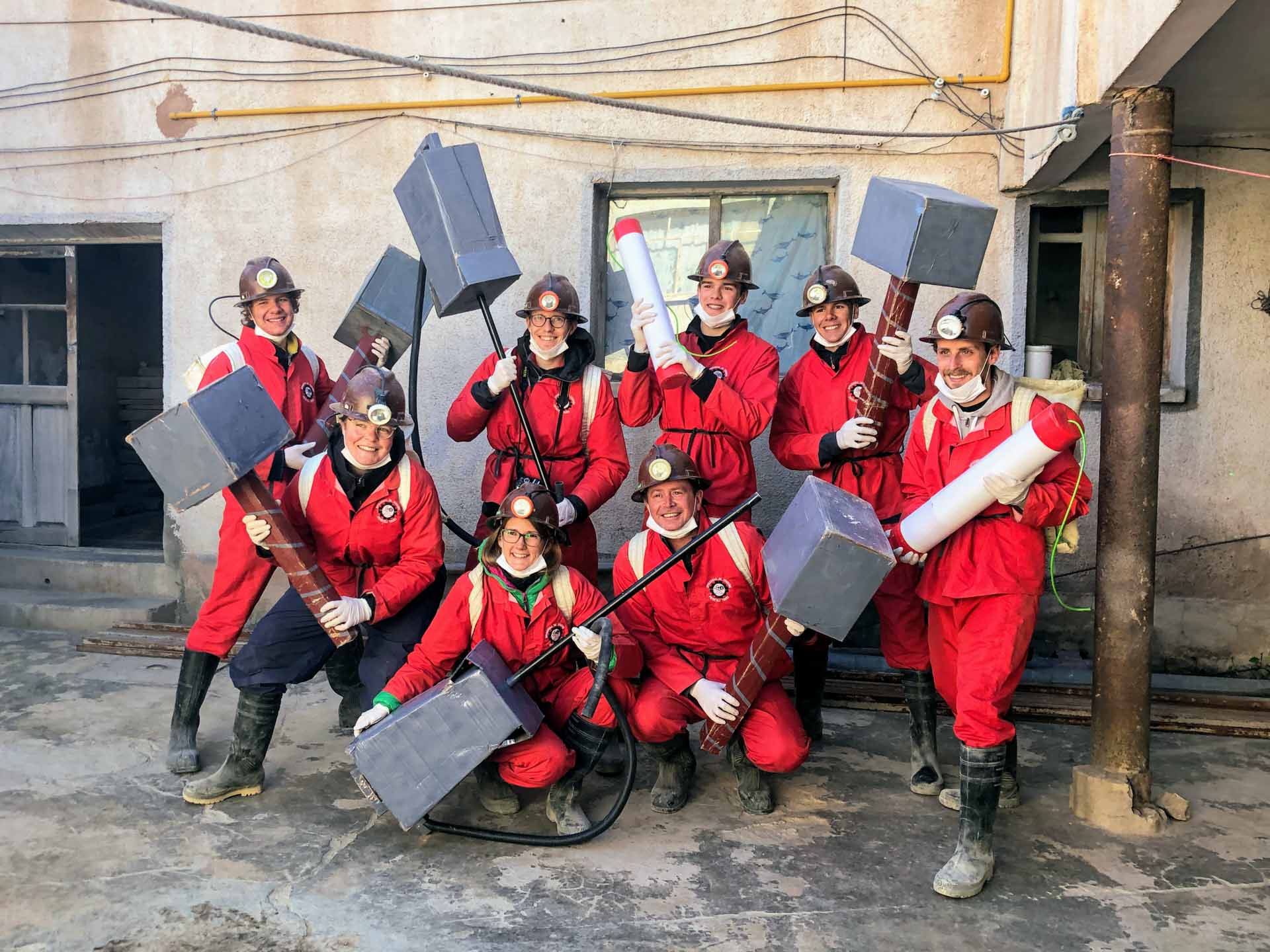 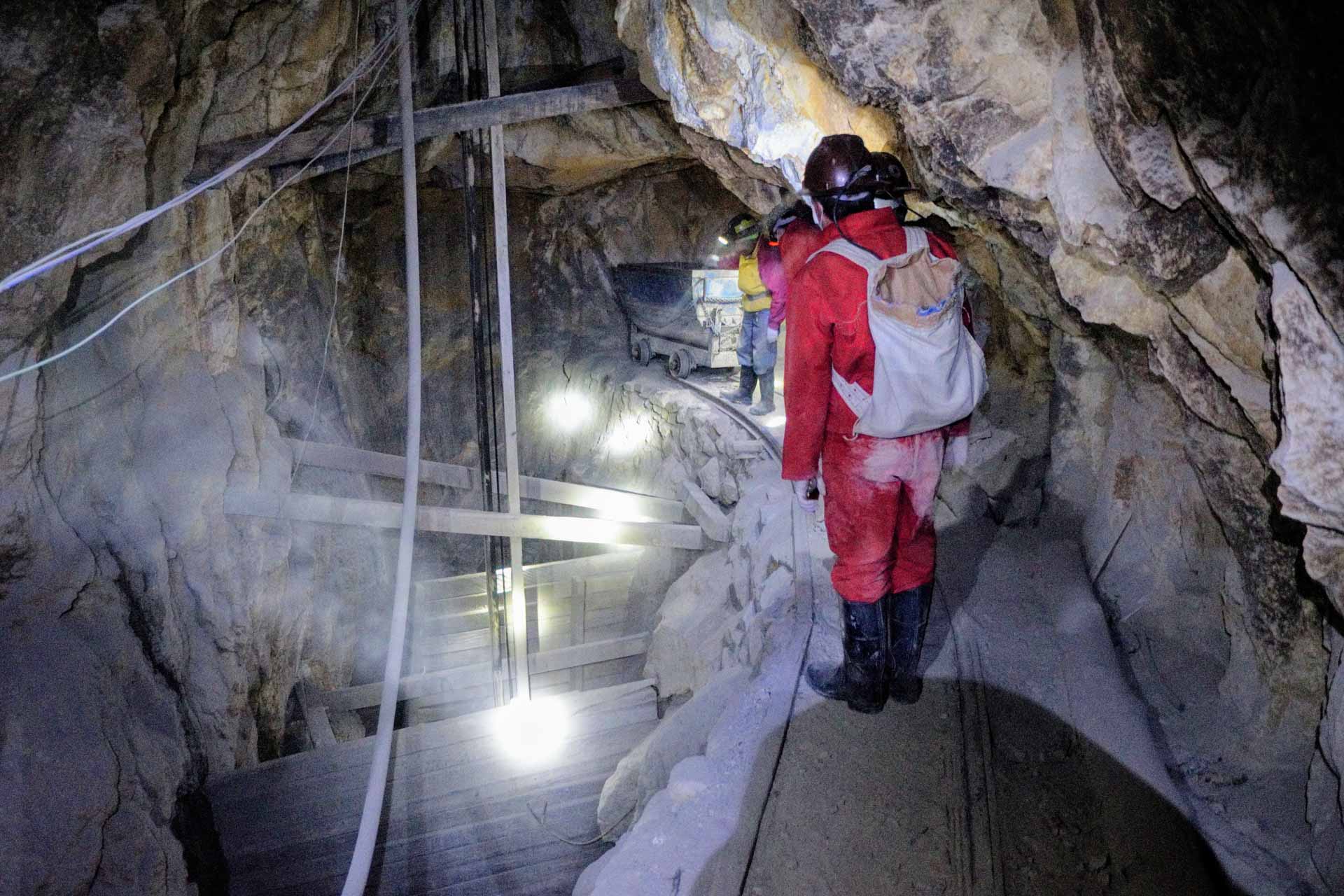 The city of Sucre is known for Spanish language schools. The private lessons cost 40 BOB to 50 BOB. 20 hours per week with 4 hours each on 5 days are recommended. After about 3-4 weeks you can acquire basic knowledge. I only had one week to spare and at least I was able to improve my pronunciation, numbers and understanding.

The city of Santa Cruz is not on the typical itinerary and for me it did not have much to offer. Tours to Jesuit Missions are offered. I had my plane to Cuba from here.

La Paz is the highest capital in the world and at almost 4000 meters. It is so steep that there is no subway, but cable cars. Exciting was the Ethnography Museum and the city center with its colorful markets. The Moon Valley (Valle de la Luna), which looks like a lunar landscape, was not particularly large and overvalued. 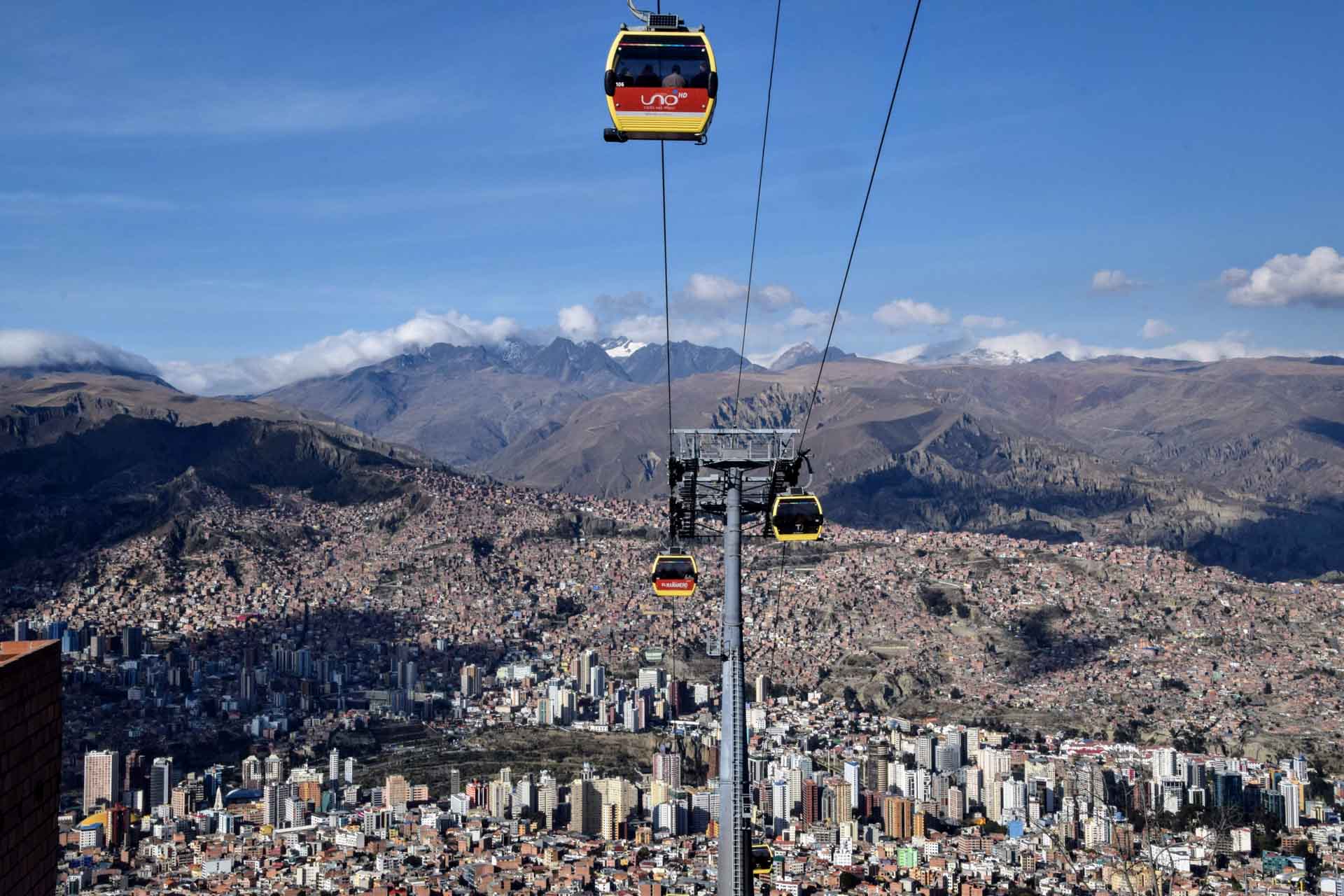 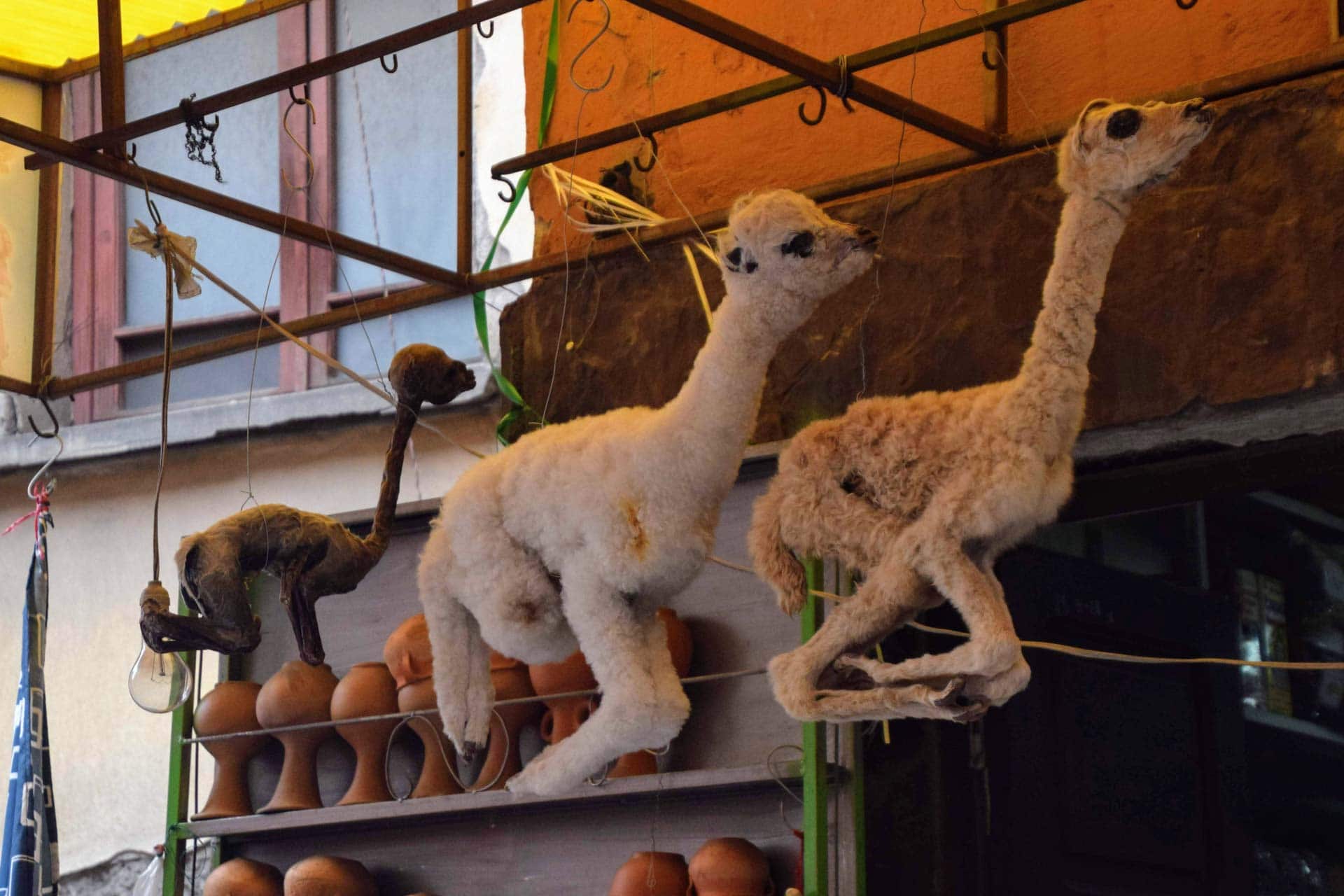 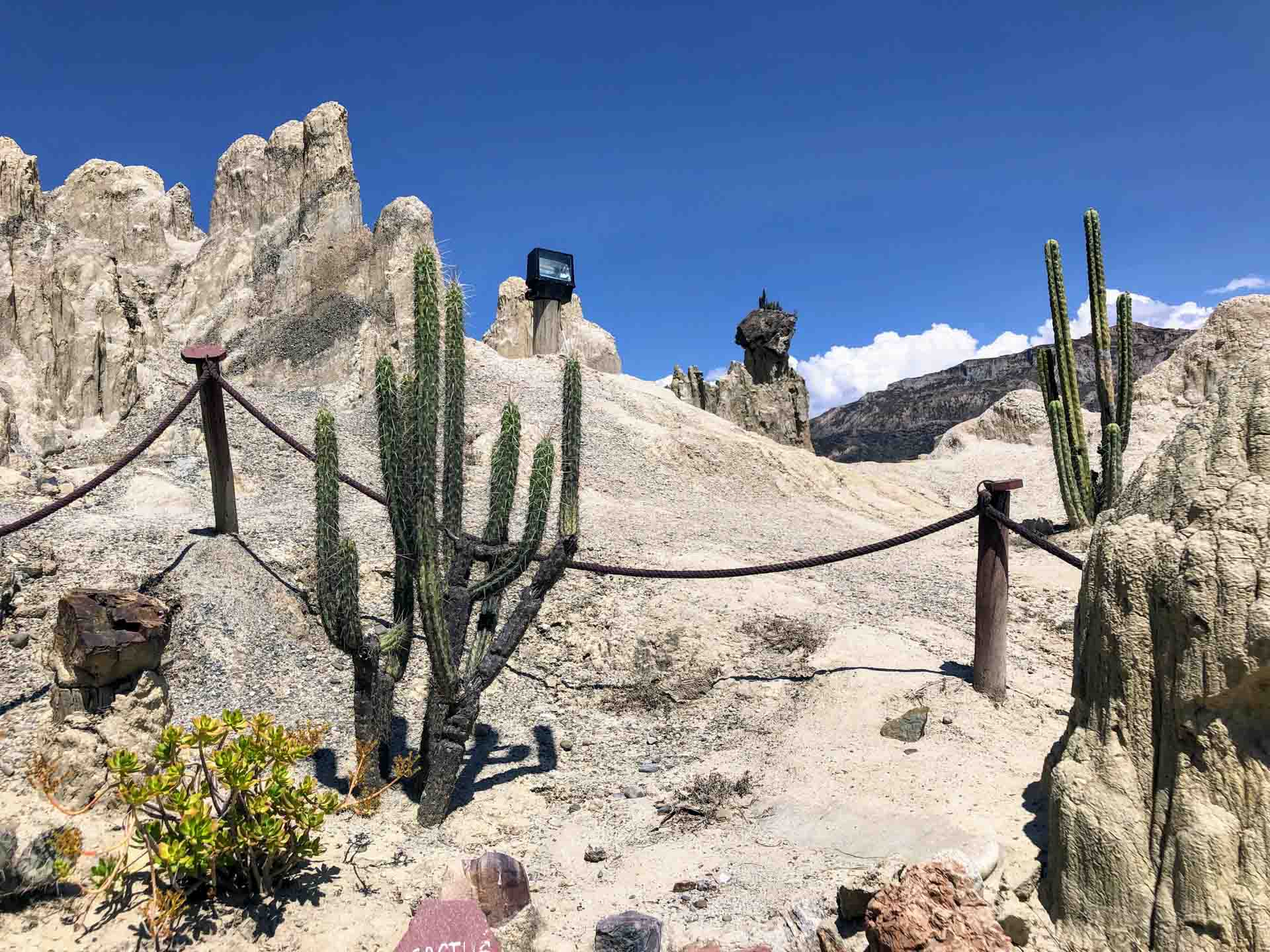 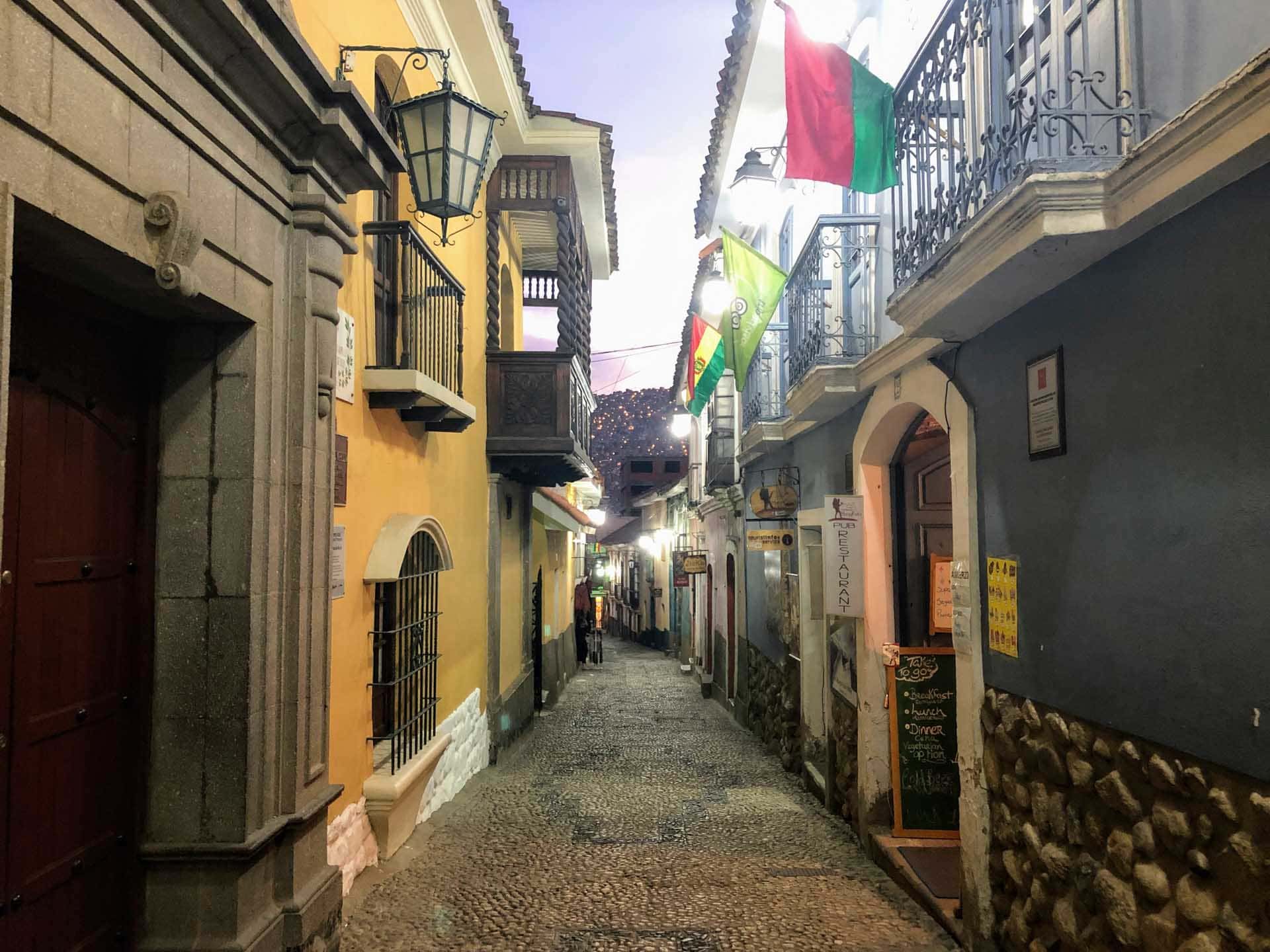 The Death Road is the most dangerous road in the world and is now used only for tourist purposes. We rode down with mountain bikes, a nerve-racking adventure. If you are not focused, it goes down 600 meters from the gravel road. Before the bypass road was built, buses full of passengers disappeared in the afterlife. It’s best to book the tour in La Paz. 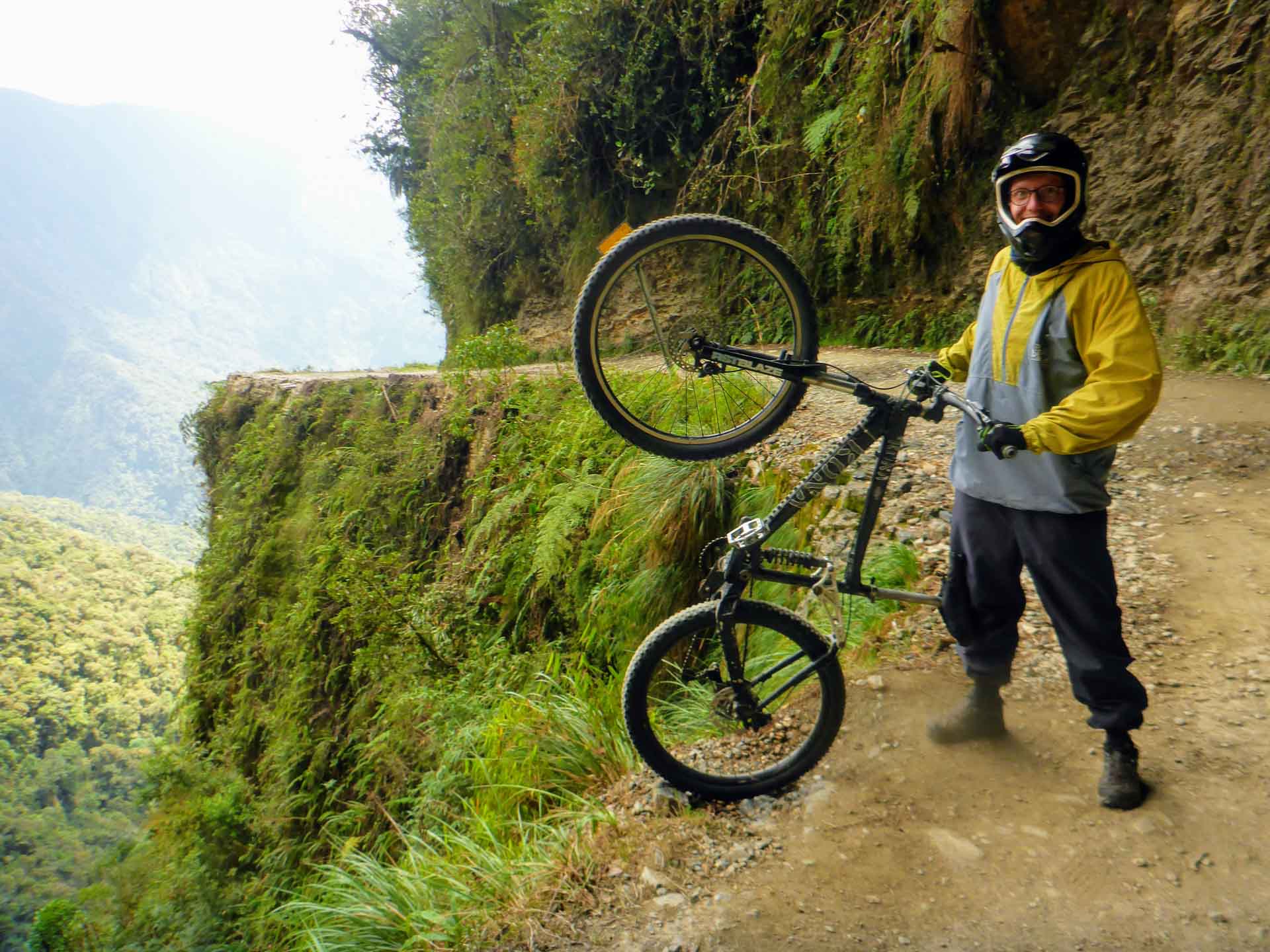 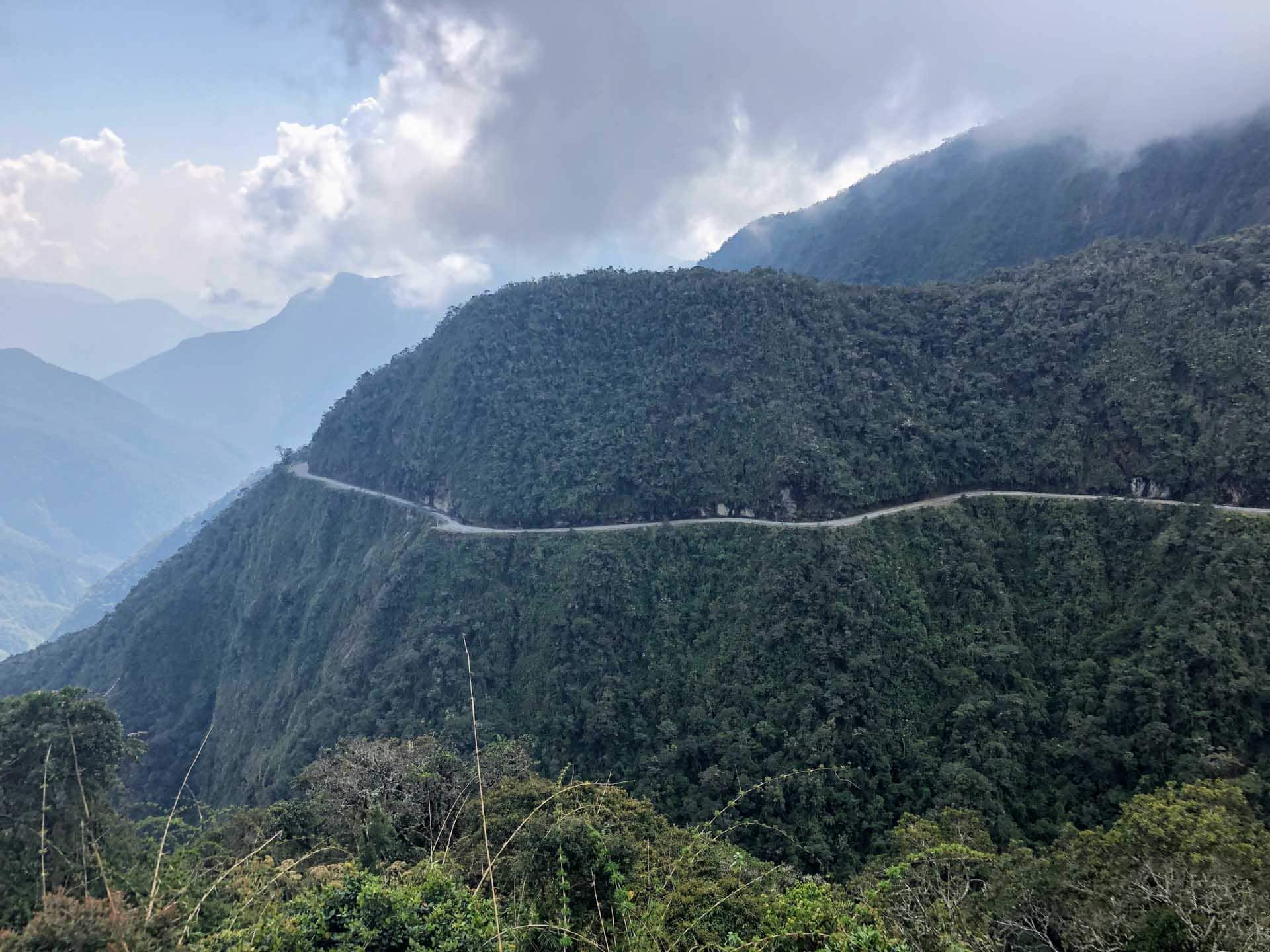 Tiwanaku is a pre-Inca civilization that is distinctive with its rectangular figures. With a day trip from La Paz you can visit the ruins and a temple complex with seven levels. 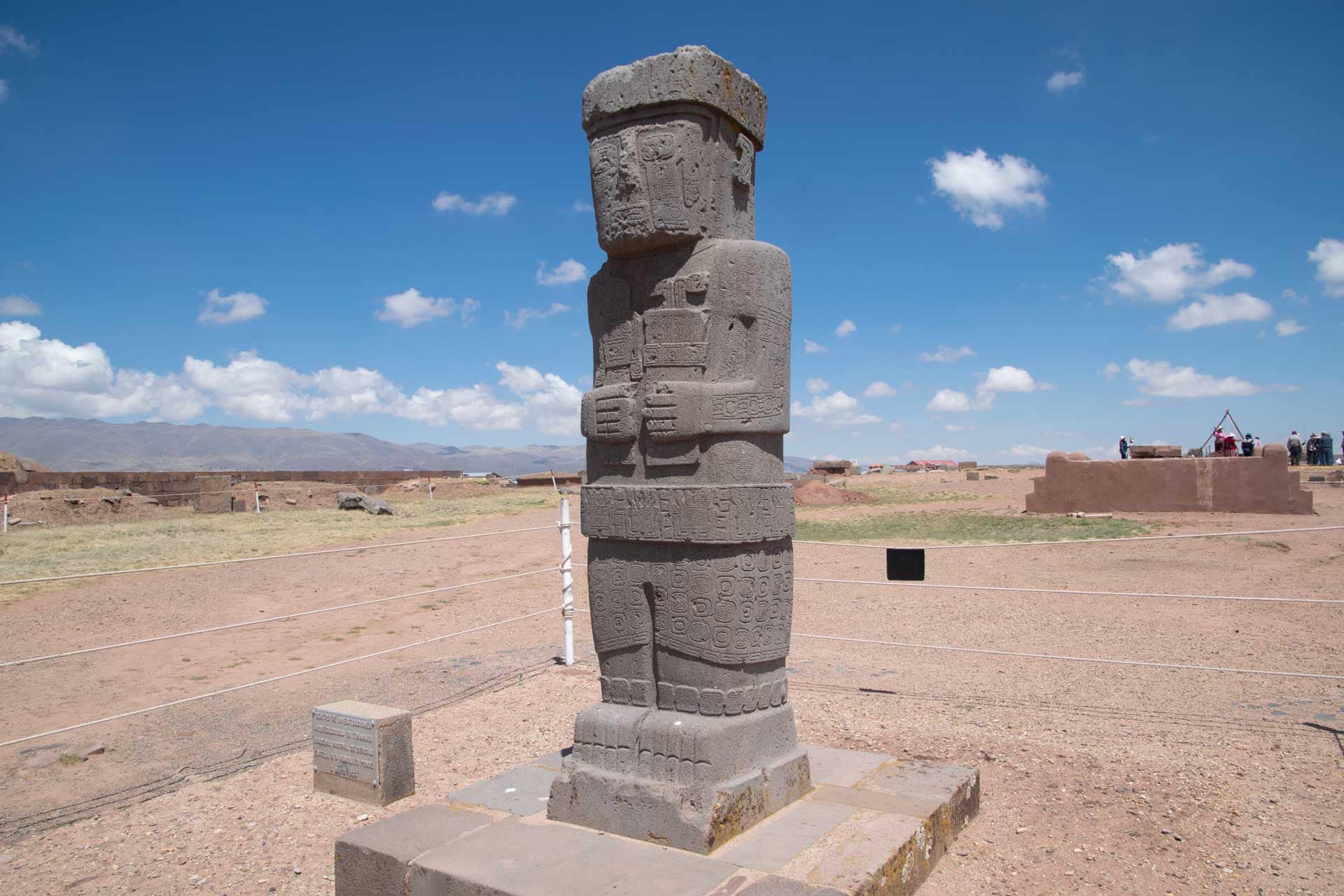 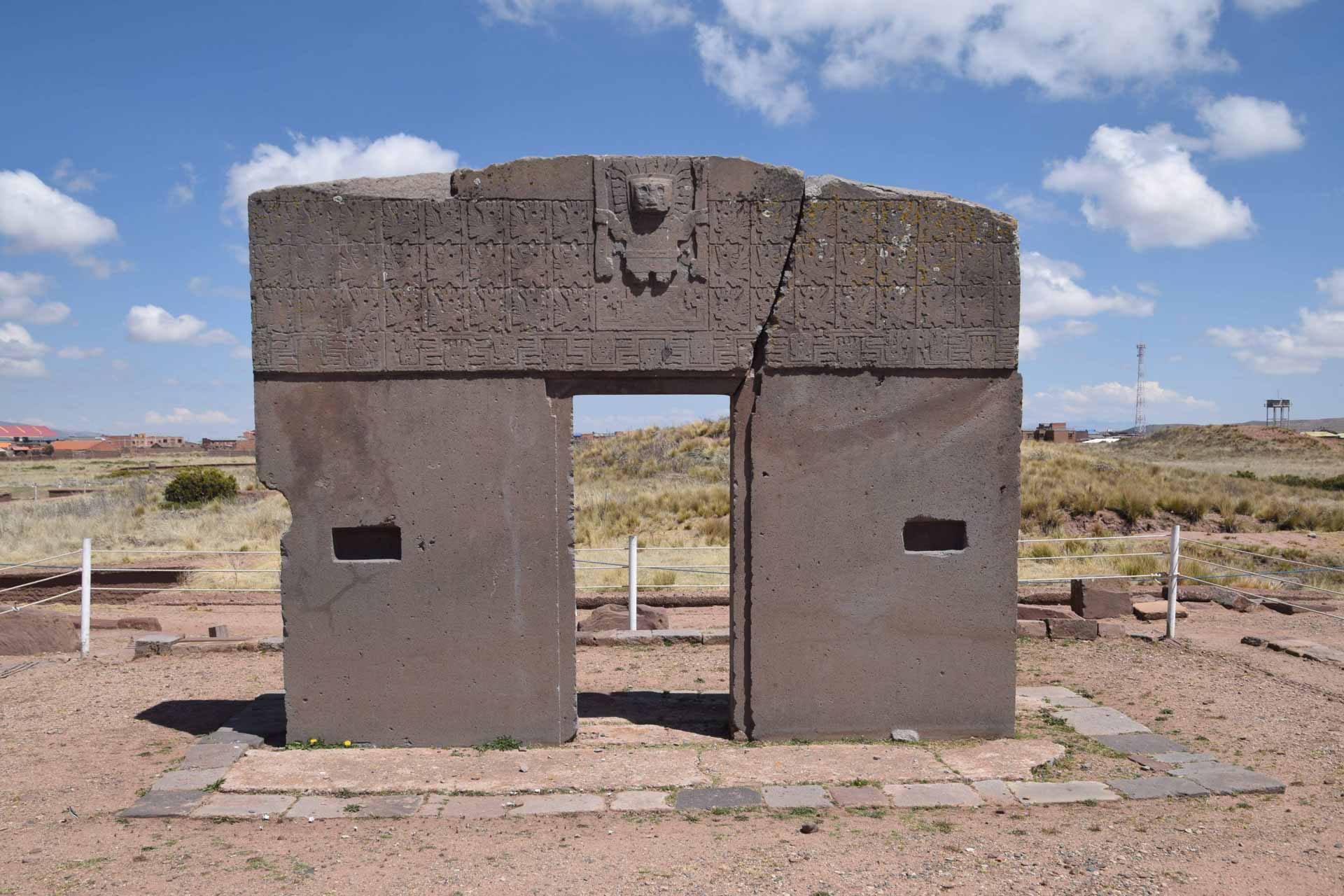 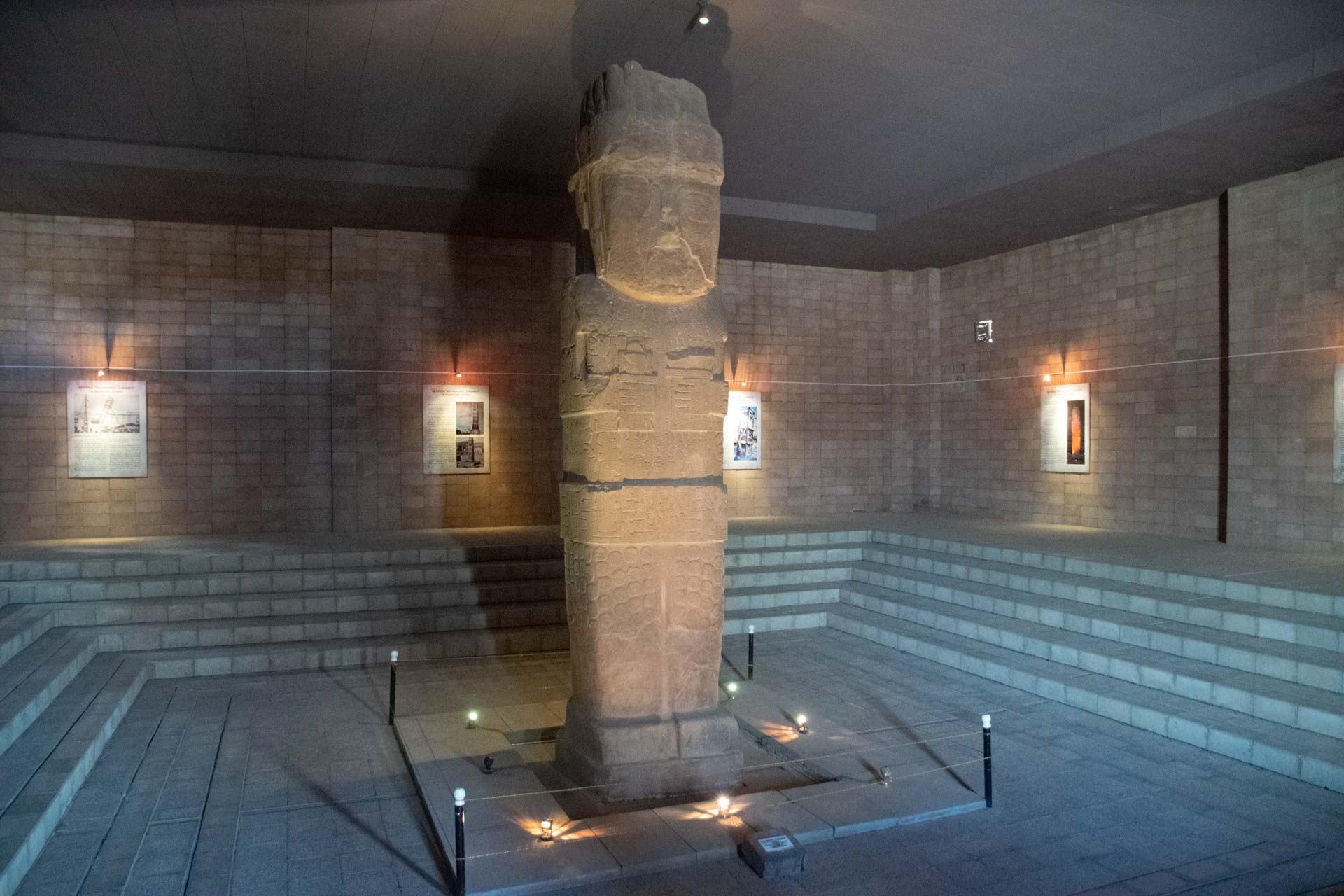 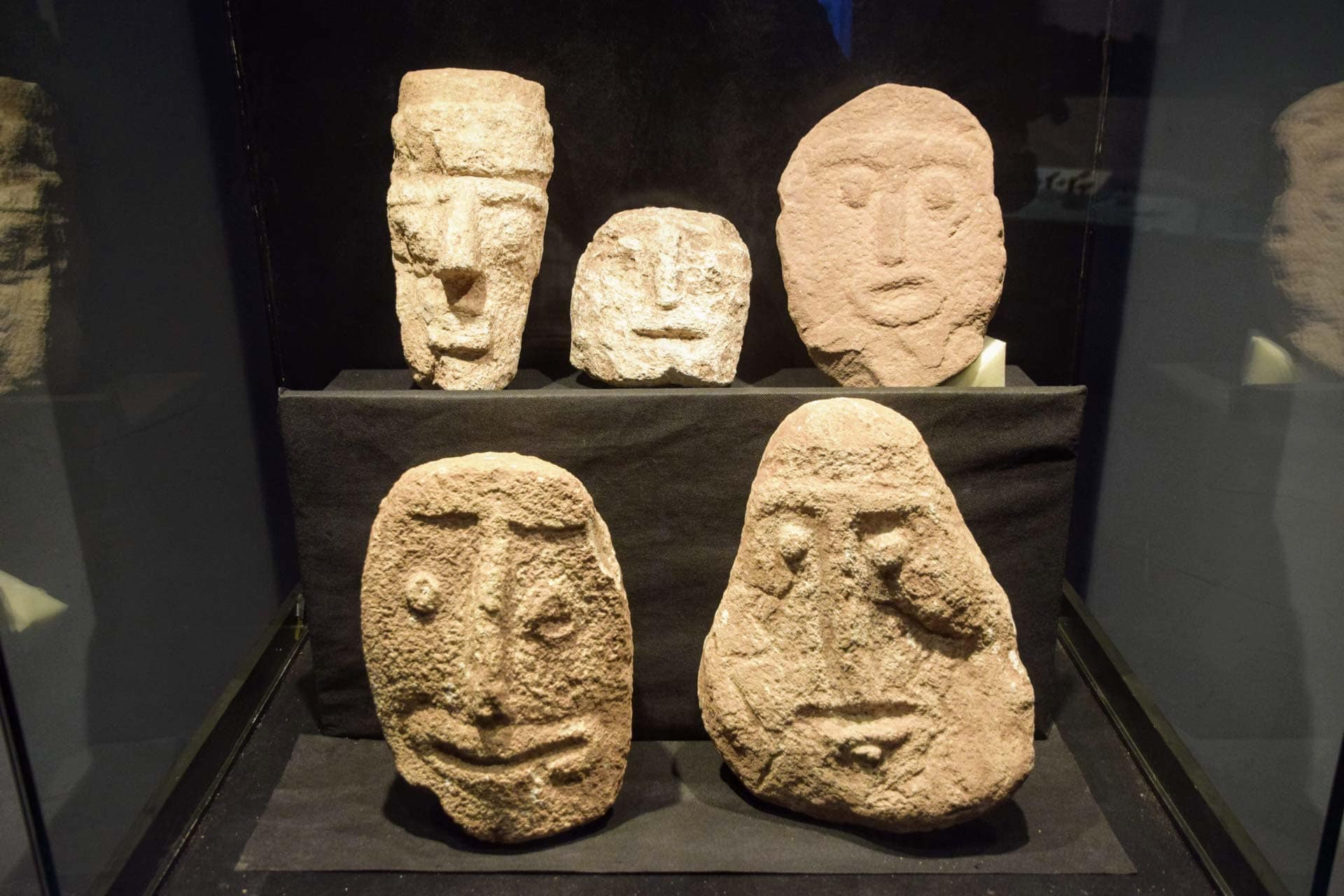 Lake Titicaca is the highest navigable lake in the world at over 3800 meters. On the Bolivian side, the starting point is the city of Copacabana. There are boats to the islands of Isla del Sol (sun island) and Isla de la Luna (moon island). Isla del Sol looked Mediterranean and consisted of many terraces of the Incas for the cultivation of quinoa. We visited ruins and enjoyed the sunset during an overnight stay on the island. On the Peruvian side, the starting point is the city of Puno. On a day trip we were at the floating islands of Uros. They are made of reeds and inhabited by locals for tourist purposes. Then we went on the tour to the island of Taquile, where people lived with their own traditions. 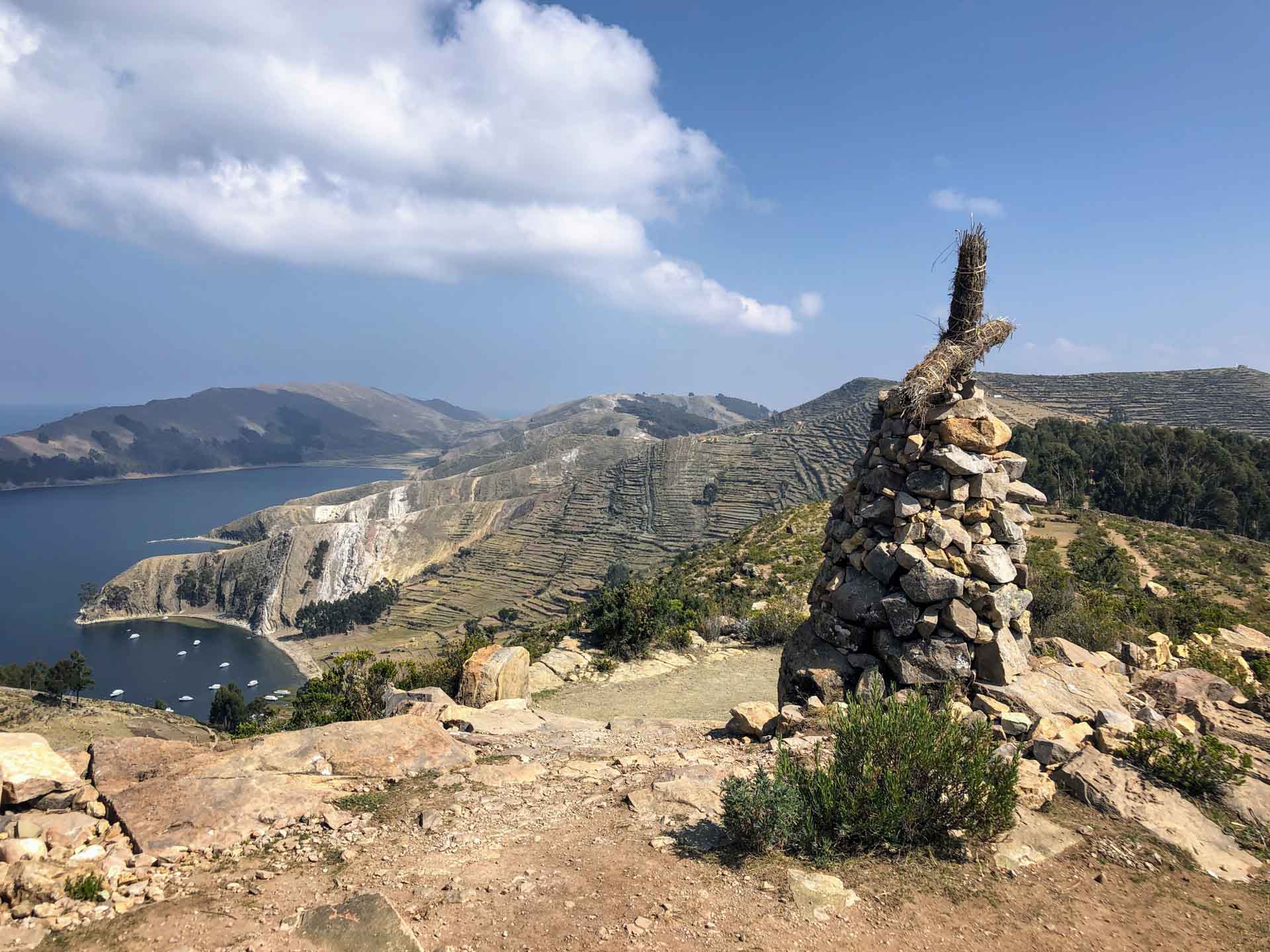 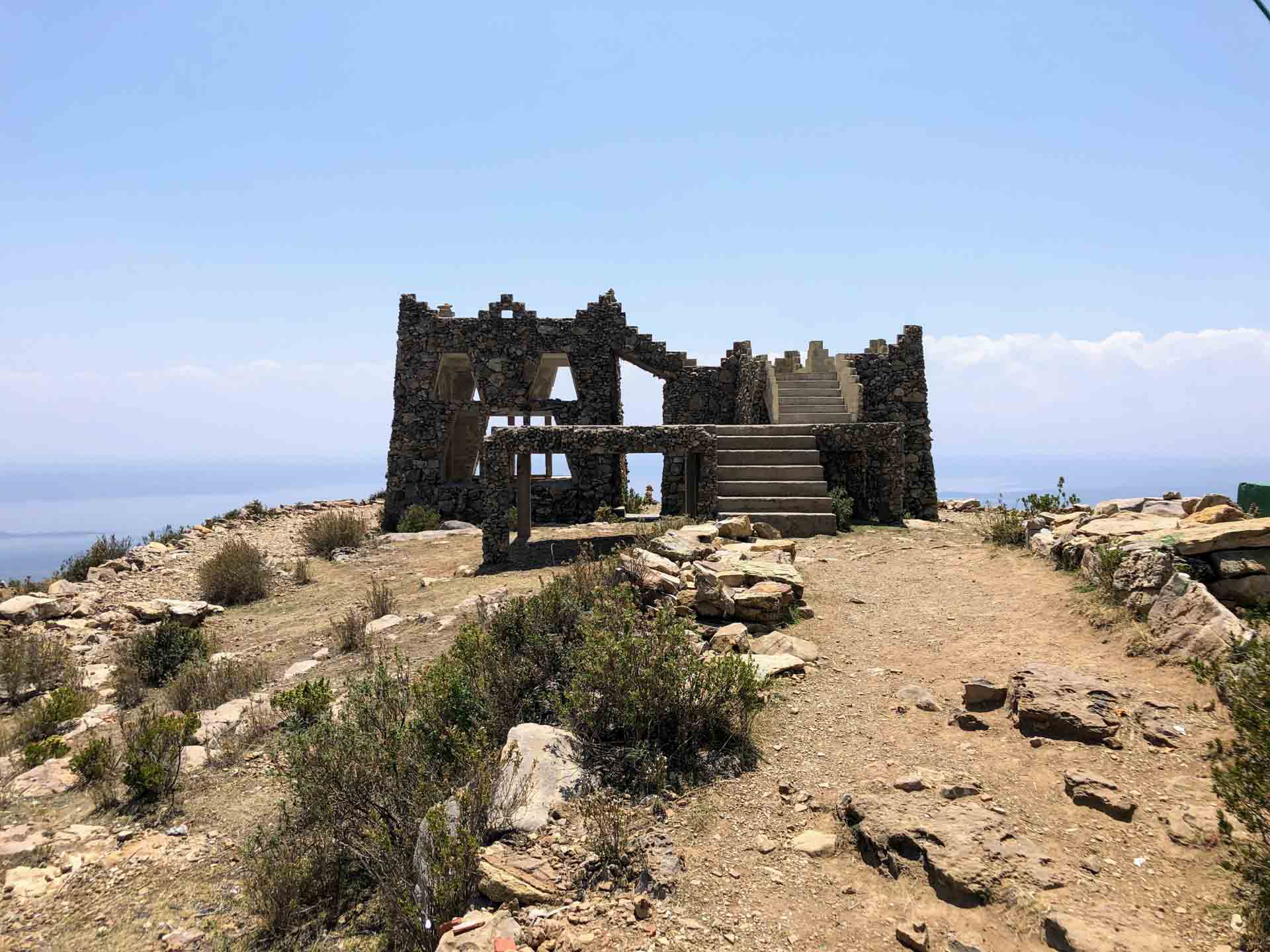 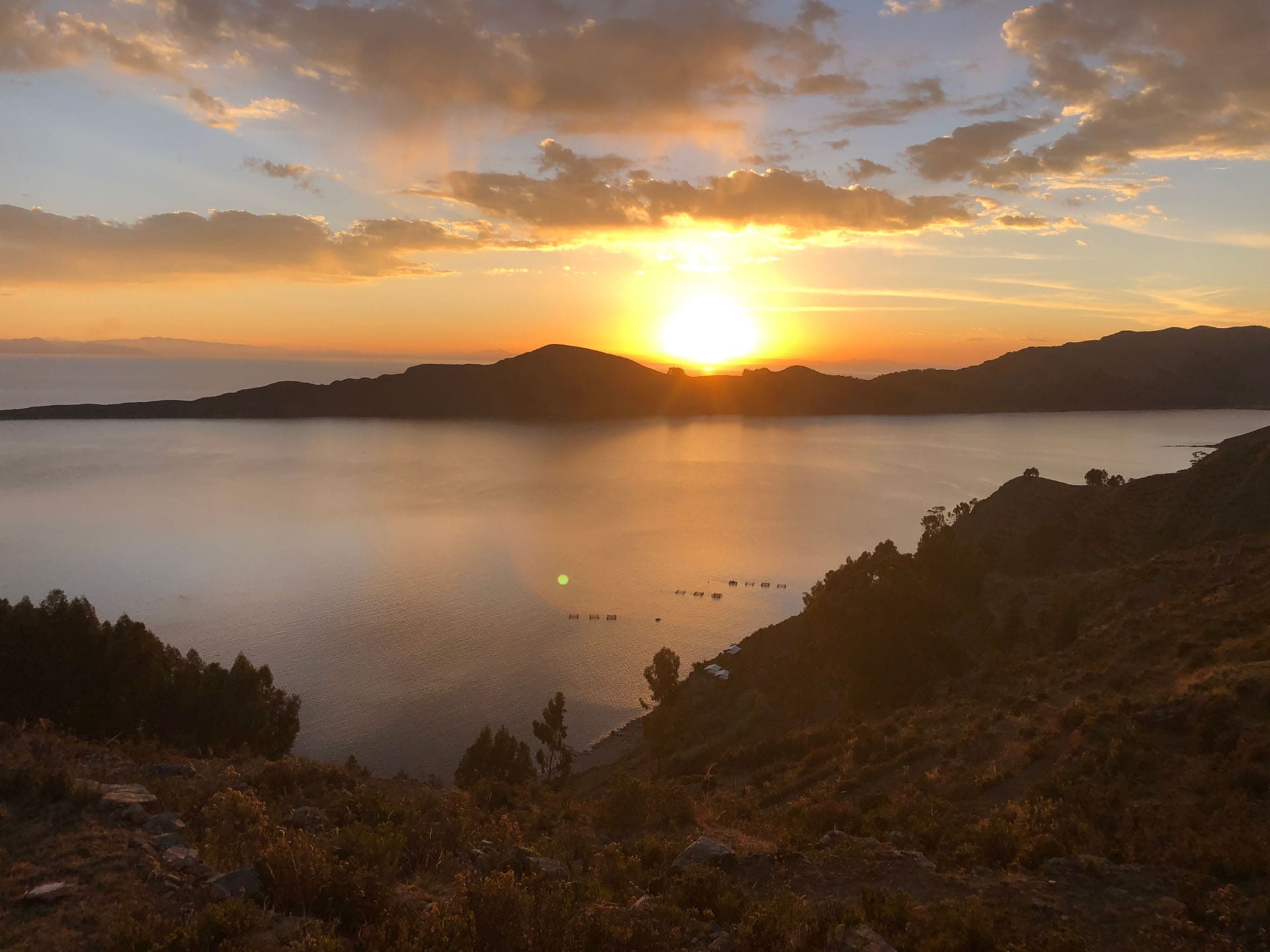 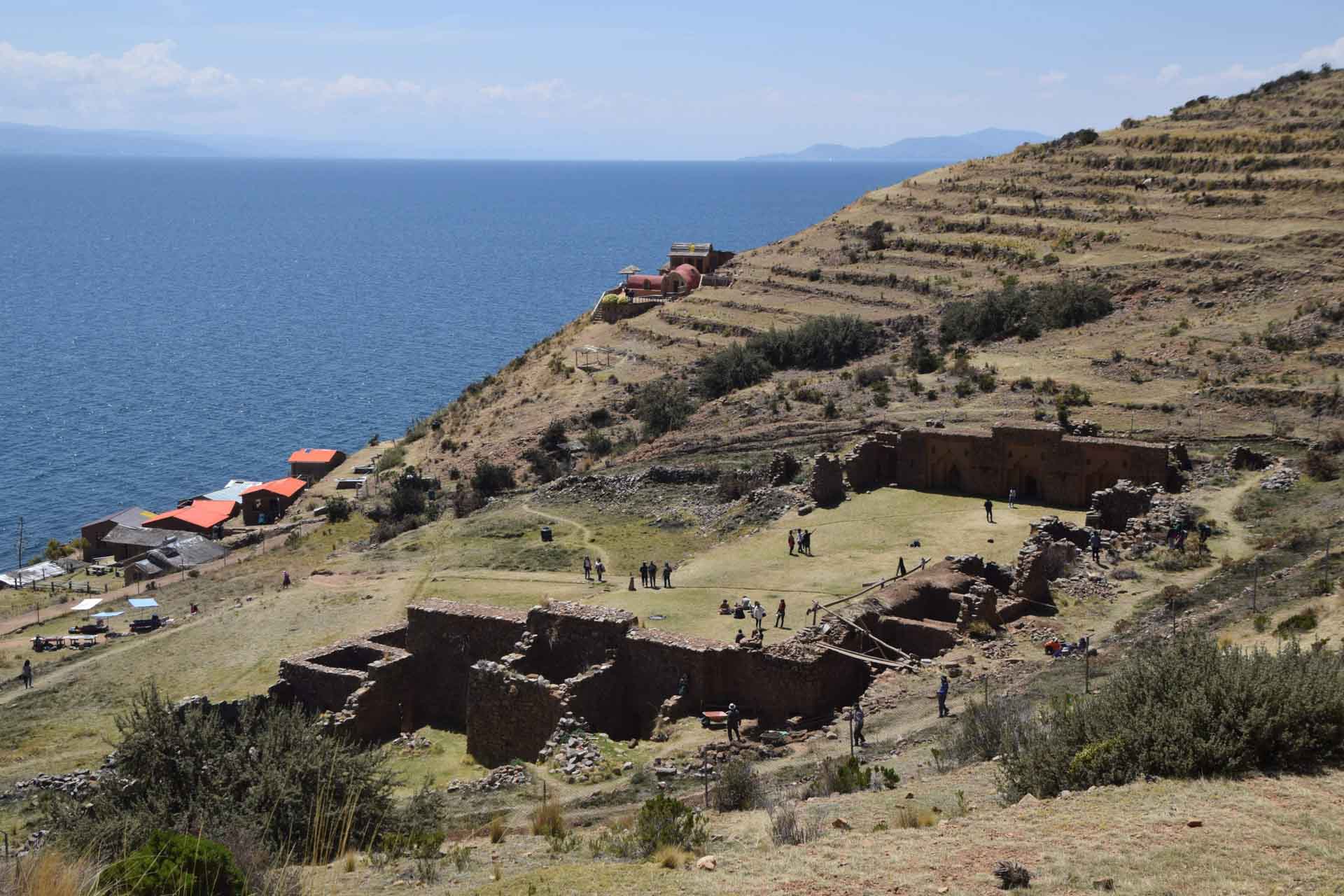