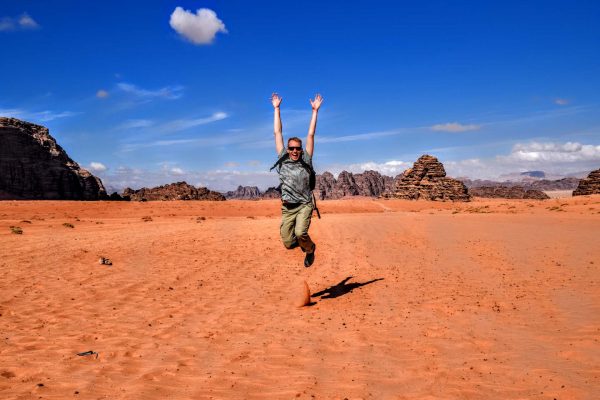 Hello – I’m Timm. Many years ago, I was fascinated by traveling to distant countries with my backpack. After several trips, it has become a passion and I set myself the goal to travel to all countries of the world.

Traveling to all 197 countries is a big goal and exploring each country takes weeks or months and can be expensive. Therefore, I focus on the highlights. It’s like the cake buffet for a wedding. It is impossible to eat a piece of each cake, but you can snack the highlight of each one. Over several years I learned how to travel on a budget.

For motivation, I’m getting closer to the goal step by step:

How many countries exist?

The answer to this seemingly simple question is that it depends on whom you ask and how you count. For example, the United Nations recognizes more than 240 countries and territories. Of these, 193 are members of the United Nations.

In fact, there are two more members with limited status at the United Nations. Both the Vatican (officially known as the “Holy See”), which is an independent nation, and Palestine, which is a quasi-governmental entity, have maintained a permanent monitoring status at the United Nations. They can participate in all UN official activities but are not allowed to vote at the General Assembly.

Similarly, there are some nations or regions that have declared their independence and are recognized by a majority of countries but are not part of the United Nations. These are Kosovo, a region of Serbia that declared independence in 2008, and Taiwan, officially known as the Republic of China. Both fulfill the requirements for an independent state. However, all but a handful of nations refuses to recognize Taiwan as an independent nation.

So, we can say that the total number of independent states in the world is 197:

How can you travel so much?

I had a full-time job in technical sales and worked more than 40 hours a week. I was responsible for Central Europe and traveled to many customers in these countries. Because my company was international and had offices scattered all over the world, I was for training and meetings in London, Barcelona, Prague, New York, and other cities. At the beginning of the year, I planned my tips with 30 days of paid holiday and public holidays. So, I was able to take advantage of extended weekends, made short trips on the weekend, and I was able to book cheap on time.

After traveling to all countries of Europe, it was time for a world trip to focus on the missing continents. For pocket money, I work minimally on the way.

How do you come up with the goal of traveling to all countries?

When I came back from my trip to Australia in 2012, I came up with the idea of traveling to all continents before turning 30. But with that came the question: “How many continents are there?” I did not find a golden answer; it depends on how we count. Basically, there are five continents: America, Europe, Africa, Asia, and Australia. For seven, we have Antarctica and America can be divided into North and South America. Since there is no right or wrong, I have chosen the simplest way and set the goal to travel the first 5 continents.

My travel progress was already good in 2012. As a child, I traveled to some countries in European and was in Egypt and Tunisia, which are in Africa. With my stay in Australia, I have been on three out of five continents. In America, I was on my first backpacking trip to the US and Canada in 2013. In 2015, I spent more than a month in India and thus in Asia. At 25, I had reached my goal – well before 30.

Time to set a new goal: I decided to travel to all 7 continents, so South America and Antarctica are on my list. Research has shown that the only way to Antarctica is by ship from Ushuaia (Argentina). Perfect, I thought so and I can combine this with a trip to South America. During my search for my ship connection, I literally fell off the chair when I saw the prices. Worthwhile offers started at over 5000 €, which is almost half the price of a small new car. With luck, it’s cheaper: You can go to Ushuaia and try to get a last-minute spot on the ground. That sounds good, but it takes time, which unfortunately I do not have at the moment because I worked full time.

It was time to set a new goal that I would like to achieve by 30. At that time, I was already in many European countries and how about exploring all European countries? After a search, I was once again shocked, because in 2015 I had explored only 18 of 47 countries in Europe. A big goal: to visit 29 countries in just 5 years.

To achieve this, I had to combine several countries and made in 2016 the following trips:

At the beginning of 2017, I was in 29 out of 47 countries. With a tight schedule, I can manage to travel to all countries in Europe this year. I love challenges, let’s go!

It was time to set a new goal. It should be challenging and fun. How about traveling to all countries in the world? That sounds crazy – the perfect goal for me. A goal without a time frame is not a goal. It is impossible before 30 – my goal is to explore the highlights of the countries and not to run through them. Realistically is 40 and the goal is born. I did a research and was shocked again. Who would have thought that, as with the continents, there is no official number? As described, I have chosen 197 countries. Phew, that’s quite a lot.

At present, I am on a world trip to travel to all countries of South America, Central America, and the Caribbean.

If there are any questions left, I’m looking forward to your E-Mail.